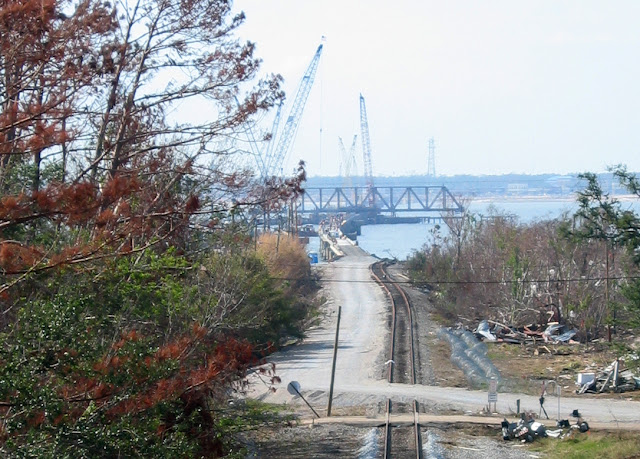 I continued east from Chef Menteur Pass to where CSX Transportation was repairing their swing bridge at Saint Louis Bay in Mississippi. CSX was moving fast to  get train service between Florida and New Orleans running again. Their bridge was almost completely destroyed by Hurricane Katrina but they constructed a new bridge across the pass in only six months.

The Mississippi DOT was moving slower. They awarded a design-build contract for the Highway 90 Bridge north of the railroad but it didn't get built for another year.