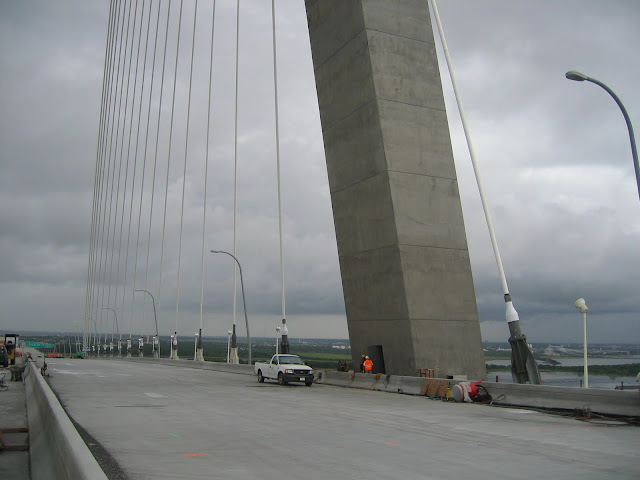 It began to rain softly as we walked along the deck of the new Cooper River Bridge.  I can see several raindrops on the camera lens obscuring this photo.

The new bridge has four lanes in each direction. In some of the computer graphics they showed an asphalt deck, but in this photo it looks like a reinforced concrete deck. I would be surprised if asphalt was used since it weighs so much. In California, an acrylic or polymer coating is often used for deck protection.

The 1929 bridge had two 10 ft lanes and the 1966 bridge had three 12 ft lanes, and the third lane was made reversable resulting in several head-on collisions. Maintenance wasn't being performed regularly on the bridges and traffic loads had to be reduced. Also, modern container ships couldn't go under the existing bridges. All of these problems were solved with the construction of the New Cooper River Bridge.