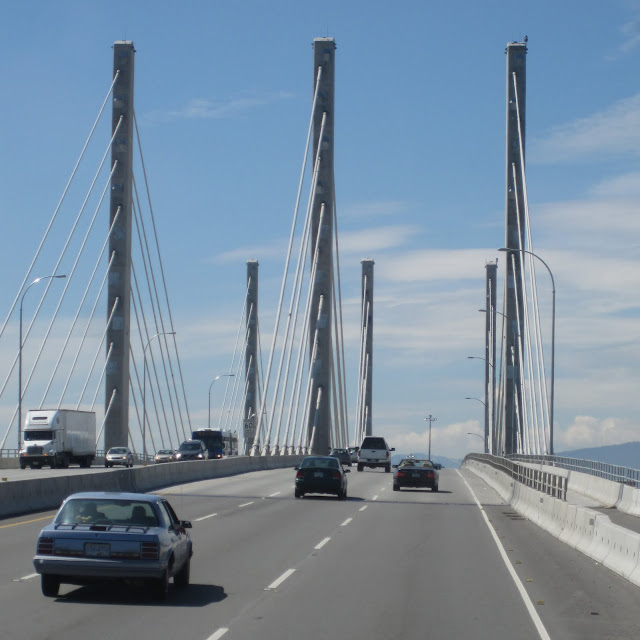 In contrast to the four, two legged towers on the Golden Ears Bridge are the two, three legged towers on the nearby Pitt River Bridge. There were two existing swing span bridges that were far enough apart to allow an eight lane bridge to be built between them (see Google Earth photo below). I wonder if the swing bridges were able to open and close while the new bridge was being built?

The new, three span Pitt River Bridge has one tower in the river while the other tower sits on the east bank. It has a main span length of 640 ft and back spans of 320 ft. This seems short for a cable-stayed bridge, but there were apparently enough cost savings in the design to make it worthwhile to Kiewit (the prime contractor).

In some ways, this bridge is similar to the Golden Ears Bridge. They both have steel girder superstructures that frame into the tower with a composite deck. They both are supported on pile caps in weak soil. They were both design-build projects.

We'll take another look at this interesting bridge tomorrow. 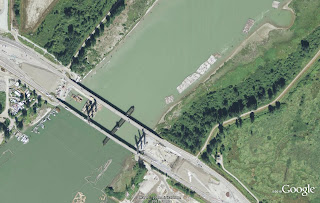