Today's structure is the Richmond-San Rafael Bridge, which carries Interstate 580 between Contra Costa and Marin Counties across San Francisco Bay. It's a double cantilever through truss with a sway back section between the two cantilever frames. I previously showed this bridge from Contra Costa County. Today we see it from Marin County just north of San Quentin State Prison.

The bridge has two decks, each carrying two lanes of traffic and a break-down lane. It was built in 1955 and was considered to be the ugly duckling of the Bay Toll Bridges. However, I like it's unusual appearance. Also, I prefer driving over this bridge in order to avoid all the traffic on the San Francisco-Oakland Bay Bridge.

Marin County, California Bridges: The Richmond-San Rafael Bridge across San Francisco Bay by Mark Yashinsky is licensed under a Creative Commons Attribution-NonCommercial-NoDerivatives 4.0 International License.
Posted by Mark Yashinsky at 9:00 AM No comments:

We'll finish our study of Plumas County bridges with a two span reinforced concrete box girder bridge that was built in 2003. The Jamison Creek Bridge (09C0045) crosses the creek on Johnsville Road in the town of Johnsville. The bridge is in Plumas Eureka State Park, which is a pretty environment, and was the incentive to make an ordinary bridge a little less ordinary with a stone facade. However, the rocky creek and the rocky bridge may be too much of a good thing. 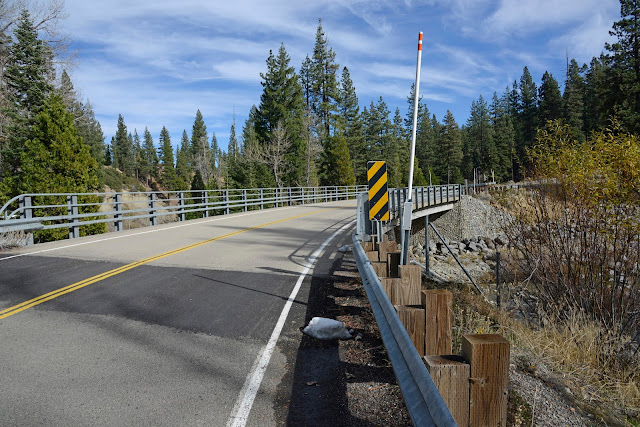 The Union Pacific Railroad follows the Middle Fork of the Feather River east from Blairsden, across the Clio Trestle, through the Portola Railroad Depot, and into Reno, Nevada. The photo above shows the tracks crossing State Route 89 in Blairsden. The Blairsden Underpass (09 0031) is a single span through plate girder bridge on concrete abutments that was built in 1908. These through girder bridges are a favorite choice of the railroad since the girders are high enough to avoid vertical clearance problems (15 ft 3 inches) on the roadway below. 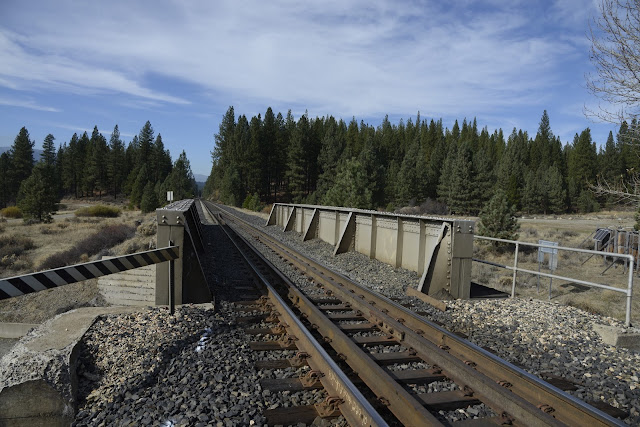 The Portola Overhead is a 3 span steel girder bridge that was built in 1954. Note the well cars, with a well or depression that can carry double stacked shipping containers closer to the rails than the traditional flat car so they can go under bridges. Whoever invented shipping containers revolutionized commerce. The same container can be carried on a truck, a ship, or a train and it can be tracked with GPS software whether it's moving or stacked in a port. 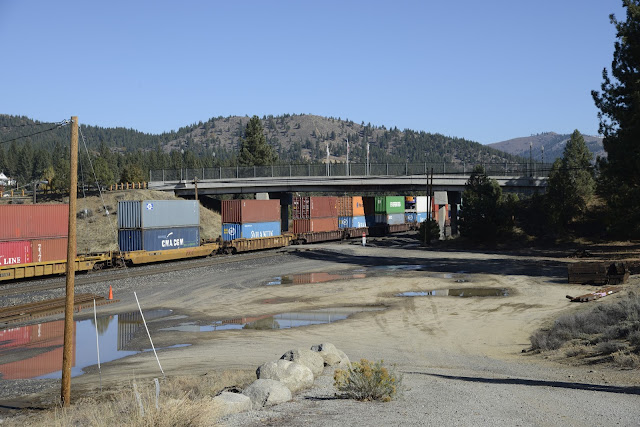 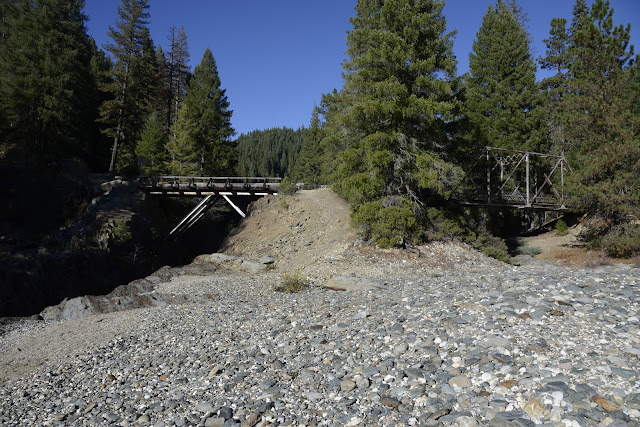 The Port Wine Road Bridge #1 is a six panel Pratt truss built by George Brandt 105 years ago. The two center panels have cross members, the second and fifth panels have members sloping down toward the center of the bridge, and the ends are half panels sloping down to far ends of the bridge. The superstructure is only 12 ft wide, with a vertical clearance of only 13.5 ft and is rated in fair condition. 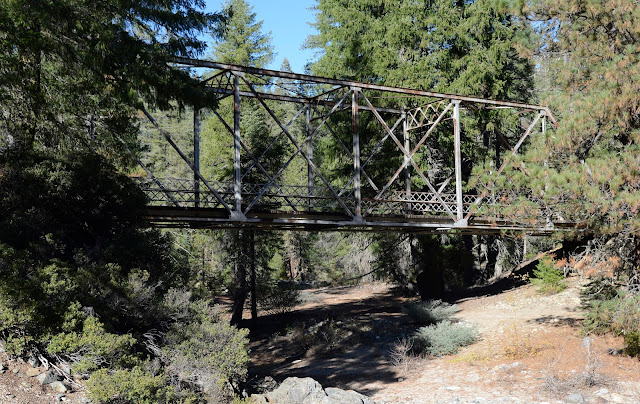 Port Wine Road Bridge #2 is 50 ft long and has sloping legs to support the superstructure at midspan without having to put a pier in the creek. This makes the bridge an unusual hybrid somewhere between a 3 pinned arch and a truss. A problem with this kind of design is that the bridge is rigid (rather than flexible) for longitudinal displacement and the legs are more vulnerable to shear. 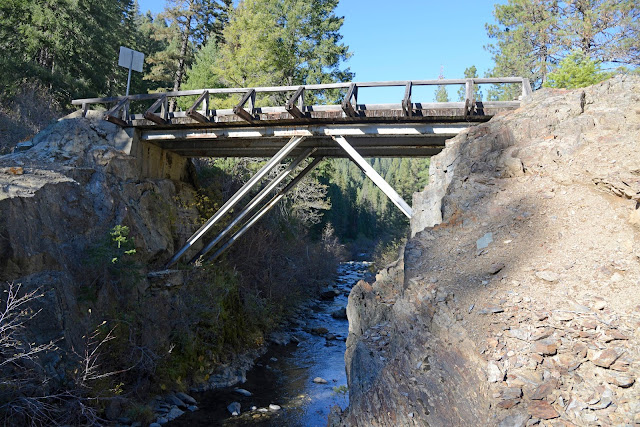 The bridges cross Slate Creek on the border between Sierra and Plumas Counties. The creek has a rocky obstruction in the middle that allowed two short bridges (instead of one longer bridge) to be built. When I visited in November of 2015 the creek was only flowing in the deep channel under Port Wine Road Bridge #2 (this was the same as when Craig Philpott visited the site in August 2010).

The name Port Wine came from an abandoned mining town that was formed (but soon abandoned) during the Gold Rush of the 1850s. Since the bridges were built many years later, they may have replaced earlier bridges across Slate Creek. This area (the North Yuba Watershed) has many ghost towns and abandoned mines dotting the landscape. Cemeteries, mine shafts, and building foundations still remain. Today, the town of La Porte is the largest remaining community from that time. It had a population of 10,000 people in the 1880s, a population of 43 in 2000, and a population of 26 in 2010. 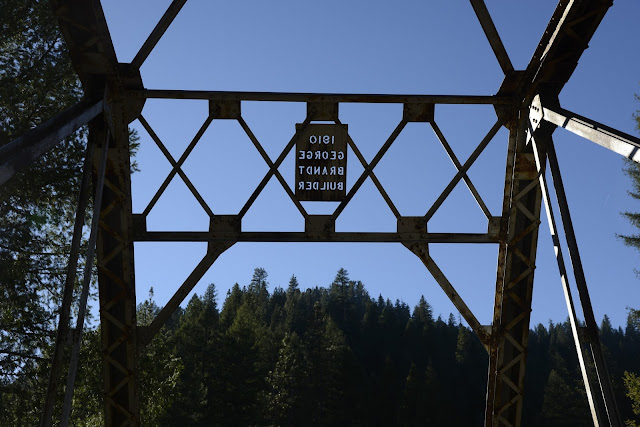