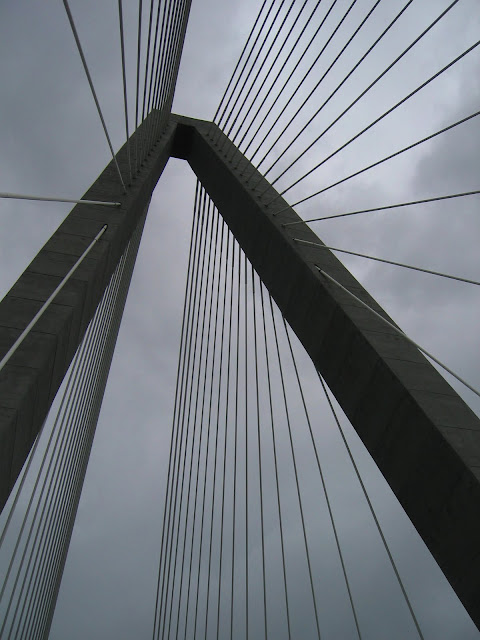 We are continuing to study different aspects of the Cooper River Bridge.
The cables are arranged in what's called a semi-fan arrangement around the towers.

In a harp arrangement, all of the cable are parallel. In a fan, the cable on one side of the tower has the same angle on the other side and they are all congregated near the top of the tower.

This bridge has a semi-fan arrangement which means each cable has the same angle on both sides of the tower, but the cables are spread along the top of the tower.

Apparently, the towers were quickly constructed using self-climbing forms and the lowest cables were hung and began supporting deck segments before the tower was even completed.