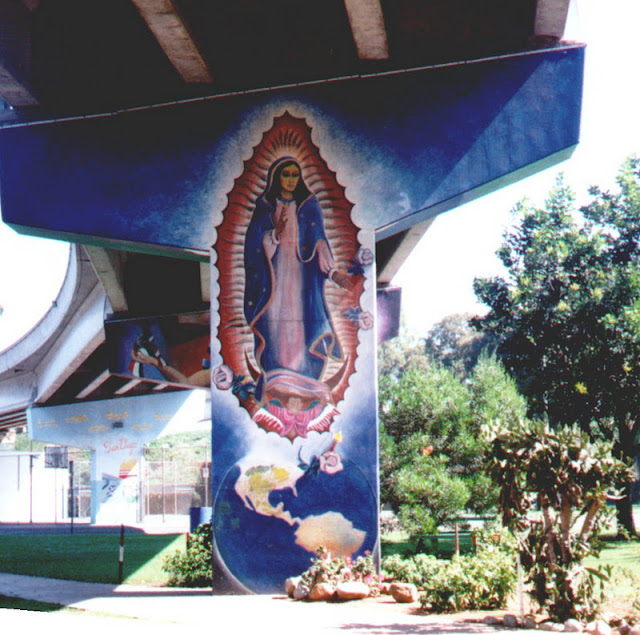 The northeastern approach to San Diego's Coronado Bridge (see Google Earth Map below) is beautifully painted with images that reflect the cultural heritage of the Hispanic community. The land under the bridge became Chicano Park through the efforts of the Mexican-American population around Barrio Logan. Almost every vertical surface in the park has been decorated with political, religious, and historical images.

The park and the paintings are so important to the community that Caltrans had many meetings in the neighborhood when they had to retrofit the seismically vulnerable approach structures. All of the murals were carefully protected while the bridge was being retrofit, the murals were examined afterwards, and any damage was repaired.

Sensitivity to a community's wishes is generally a good idea. However, it can sometimes be taken to extremes. The new East Bay Bridge in San Francisco Bay is an example where a community's desires turned a simple bridge replacement into a very expensive and decades long construction project. 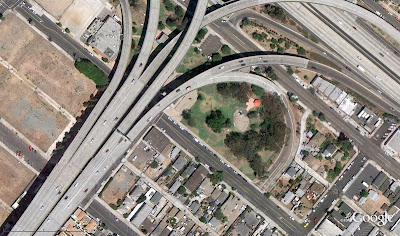