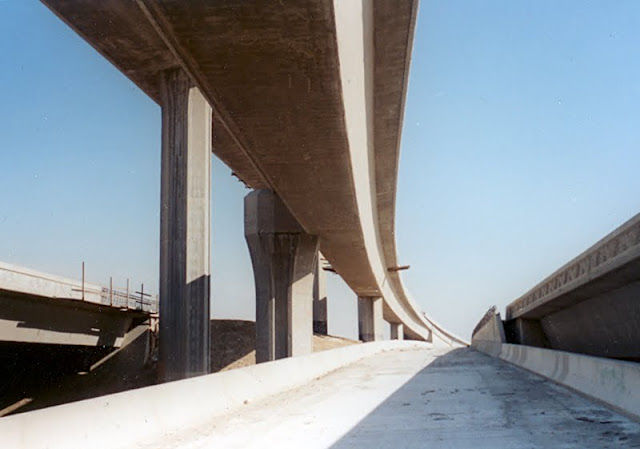 There's no room for a column under the deck and no room for a second column on the right side of the bridge. So at this location the column is offset several feet from the center of the superstructure. These C-bents have to be designed for the large moments and shears due to the eccentric loads they carry. This is difficult for dead and live load, but it can be extremely problematic for earthquake loads.

Architects typically design a special look for freeways and interchanges. On this interchange the columns have a special shape and the outside of the barrier rails have a texture that we called fish scales (although the architect probably wasn't thinking about fishes).