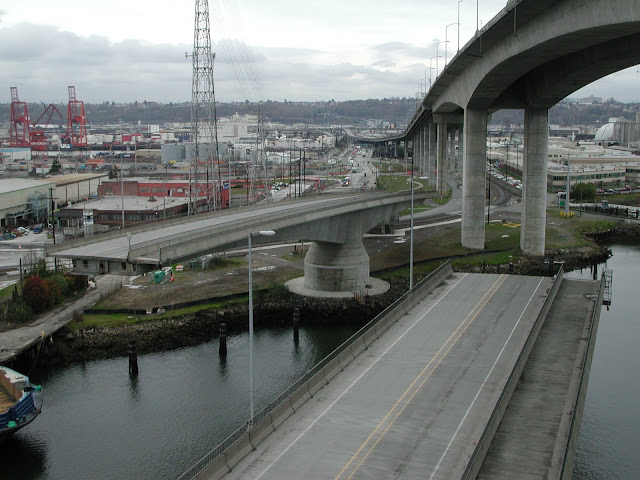 This is our second look at these bridges (first shown in my May 20, 2009 blog). This is a more detailed examination of the lower, double leaf swing bridge that crosses the Duwamish River and carries traffic between Harbor Island and West Seattle.

I find it strange that the two leafs can swing past each other without touching. The two (7500 ton) leafs are supported on hydraulic cylinders that lift them up an inch and then swing them out of the way. The operation is performed eight times a day and takes ten minutes.

I'm standing in the control tower where a bridge operator moves the bridge. I was there to inspect bridge damage after the 2001 Nisqually earthquake. However, it was never clear whether one of the cylinders became damaged from the earthquake or because of the strain of lifting such a heavy structure. The bridge was quickly repaired and put back in service. We'll take another look at this structure tomorrow.