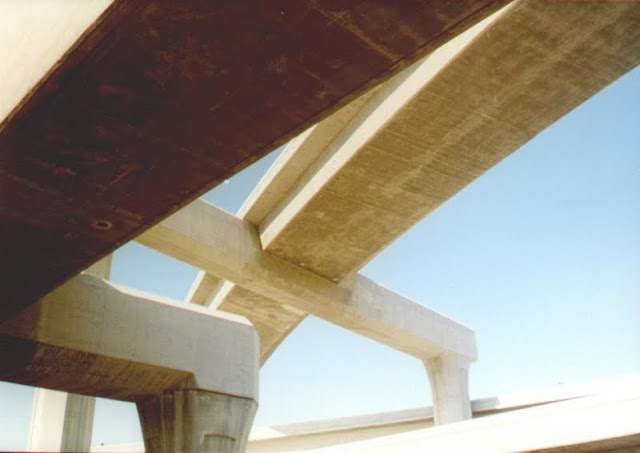 I don't know if these bridges are particularly attractive, but I like this photo as a composition. This is part of a complicated interchange where the Harbor and Century Expressways (along with light rail bridges, city streets, and HOV ramps) come together.

I sometimes feel the Tall Bridge Guy and the Happy Pontist live in a different world where aesthetics still plays a role while my biggest problem is trying to find an unoccupied place in crowded interchanges to put my columns.

These bridges were designed before the Loma Prieta earthquake taught us about problems with outrigger bents. I think I put as much longitudinal steel as possible in the columns, not realizing I was actually putting larger demands on the knee joints and  bent caps if there was a large earthquake.

We'll take a look at a few more of these crowded California expressways during the next few days.