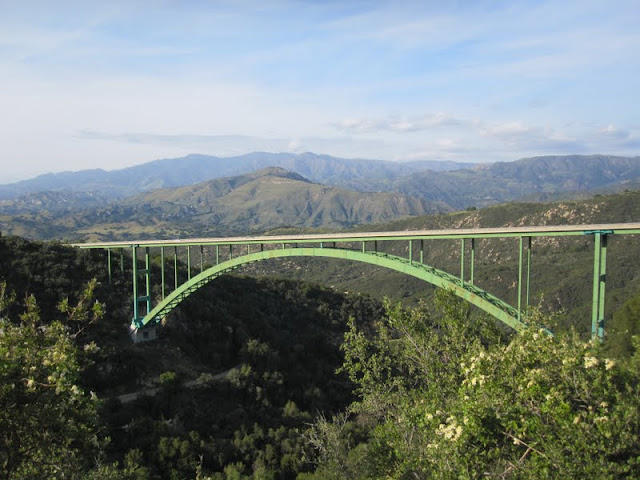 A last look at Cold Spring Canyon Bridge. I spoke to the maintenance engineer who said that the little bit of rust was more of a cosmetic than a structural issue in this dry environment. He wondered about the problems of removing the lead primer that was used in the 1960s. However, he did point out that the spandrel columns were currently being painted and the arch would probably be put in a 'diaper' and get repainted next. He also said the Caltrans Structure Rep. in charge of construction is now retired, but he still likes to talk about this project if I wanted to give him a call.