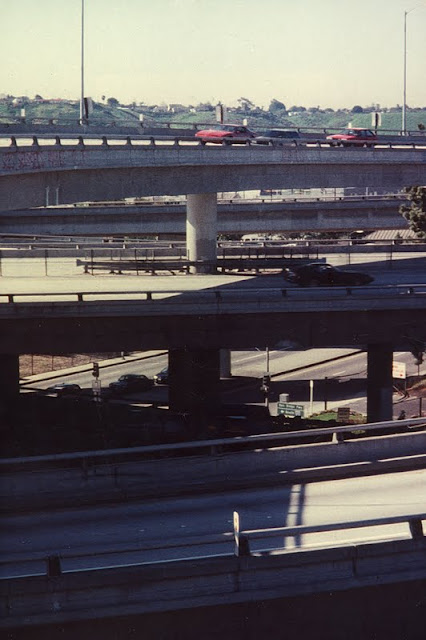 I've mentioned bridges on bridges but I also wanted to show bridges through bridges. The Northwest Connector is a continuous 13 span RC box girder (except for two precast box girder spans over I-405) on single column bents (and end diaphragm abutments). This bridge is just a little east of Venice, California.

This long connector spans over I-405, State Route 90, Slauson Avenue, and Jefferson Boulevard (see figure above). Because of all the bridges underneath, one of the columns  on the Northwest Connector pierces the deck of a lower structure. Although this idea may seem clever, it looks dangerous to drivers, especially during earthquakes. Unless the opening is large, the two bridges (with different periods) will move in different directions during earthquakes, possibly damaging the column and possibly both bridges.