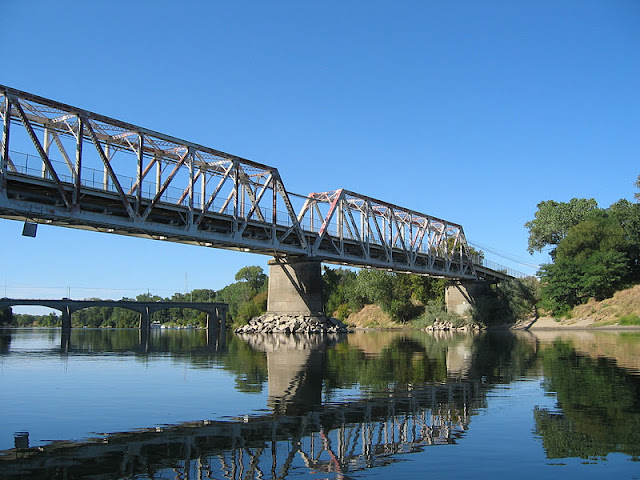 Just 150 meters downstream from the Western Pacific Railroad Bridge is the Sacramento Northern Railroad (SNRR) Bridge. This iron truss bridge was built at the turn of the last century. It was used by both the SNRR and by the Northern Electric Railroad.

The area downstream can become flooded during the winter and cyclists are encouraged to take this bridge into downtown Sacramento rather than Jibboom Street Bridge which may be under water.

Note that the pier foundations are exposed and surrounded with cobbles due the gradual scouring of the river bottom.

I've been there when the water was high. Some years the bike trail itself is inundated making an approach to the Jibboom St. Bridge impossible, even if it is above water. Great photo, thanks.