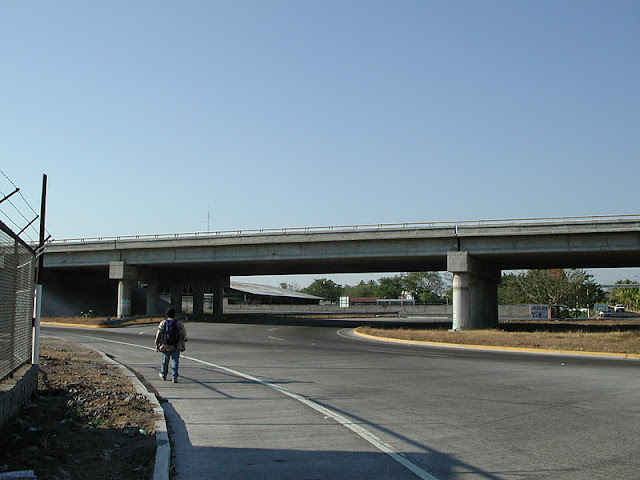 Eventually I arrived in the City of Colima, which is a nice region, but without many unusual bridges. However, I did see a variety of innovative interchanges in Colima as well as throughout Mexico.

I'm particularly fond of this interchange. It includes a traffic circle under a freeway undercrossing with on-ramps and off-ramps on the approach embankments.  The bridge is a six-span precast I girder superstructure on multicolumn bents and seat-type abutments.

I think this is a simple and effective means for getting people on and off expressways without traffic signals or expensive connectors.

Traffic circles are seldom used to get people on and off expressways in California. The offramp I take to get home from work (the Watt Avenue exit on US-50) is just after the expressway onramp causing everyone to stop to avoid plowing into each other as they try to get on and off the expressway.