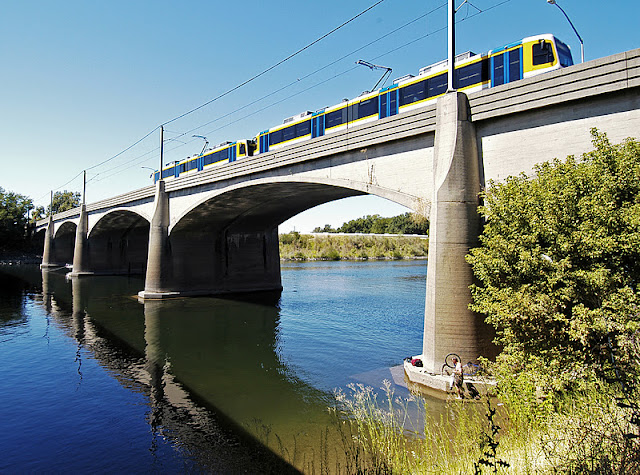 Another view of the 12th Street Bridge. There was a guy under the bridge working on a bike (on the closest pier foundation). Light rail trains roll by every 20 minutes along the east side of the bridge. The nearby Sacramento Northern Railroad Bridge used to carry electric trains many years ago, but now it carries cyclists.

It's hard to take a bad photo of this bridge. Standing on the north embankment provides a nice view of the four-banded barrier rail and the pedestals supporting electric power for the train.

Like the nearby 16th Street Bridge, this structure is a city street on the south side and becomes an expressway (State Route 160) on the north side of the bridge. It touches ground briefly north of the American River before becoming a 14 span viaduct over streets, Union Pacific tracks, bike trails, parkland, etc.