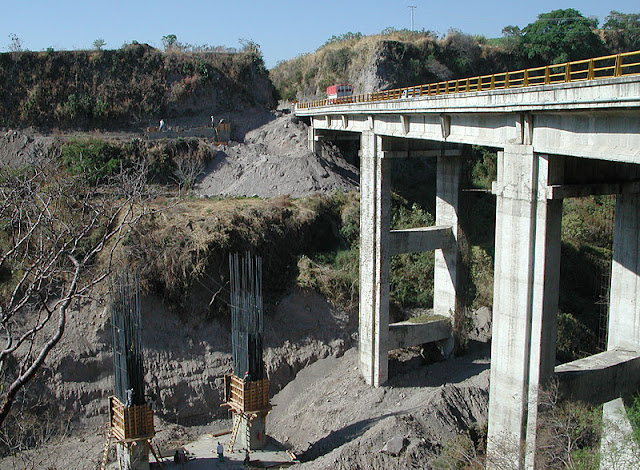 Traveling north from the City of Colima on Route 54D, we enter into mountains and cross over tall bridges. A second bridge (on the left) was just beginning to be built parallel to the first bridge when I came by in 2003.

The existing bridge is a four span reinforced concrete I-girder bridge on cruciform-shaped two column bents. There are vertical stiffeners or perhaps diaphragms providing stability for the girders.

Route 54D is carried by a series of tall bridges across the many streams running down the flanks of two enormous volcanoes just west of the highway. You can see this part of the highway is in a steep cut at both ends of the bridge.