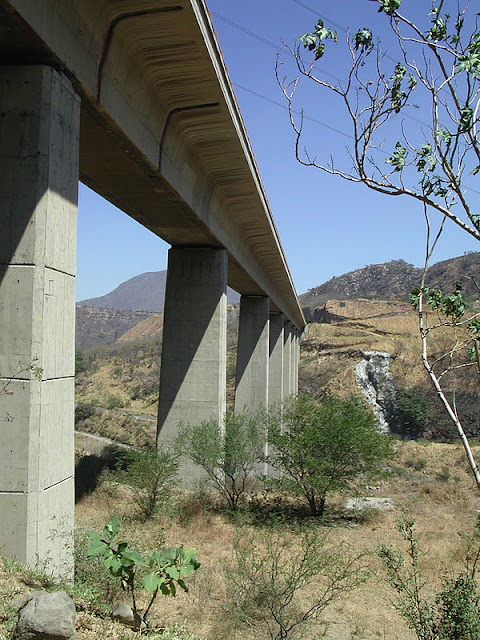 Another view of Puente Atenquique II. It looks like a lubricant was applied to the bridge soffit to help the superstructure slide. There's also stains on the side of the superstructure, perhaps from the bridge launching system. You can see that the bridge is very straight, which must make launching the bridge easier (although I understand that bridges with horizontal curves are also built using incremental launching).

It looks like the pier closest to the viewer is somewhat stouter than the others, although I'm not sure why. Also, it appears that the bridge was built over a rock quarry. Note that the end of the bridge is at a road cut. The bridges must be at the top of grades and the cut material must be put at the bottom.