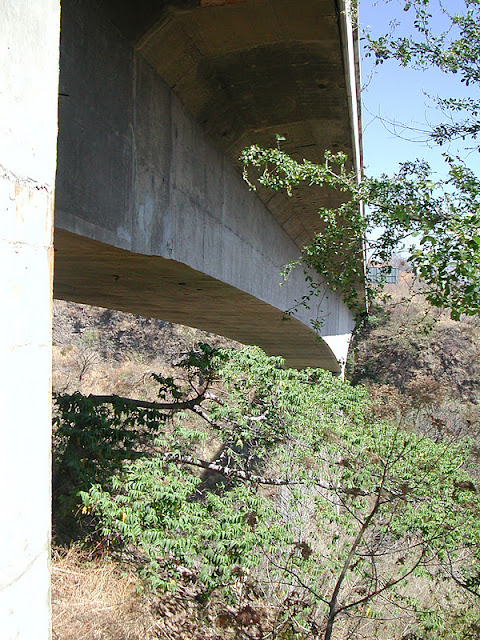 I'm standing by the south abutment looking north along the side of the box girder superstructure of Puente Pialla on Route 54D in Jalisco Mexico.

From yesterday's photo we know that the road has two lanes of traffic and two narrow shoulders. It looks like the superstructure is just a single box girder with very wide overhangs. The superstructure with its haunched girders has an almost sculptural quality.

I can see some concrete patches, perhaps where there were rock pockets caused by problems vibrating the concrete during the pour.

We've been fortunate to get some good comments from Norrin who knows a lot about Mexican bridges. He said that these long bridges were built as balanced cantilevers, perhaps with some additional support during construction.

I imagine that after the concrete cured, the post-tensioning cables were jacked from both ends of the superstructure, set, and then the abutment backwalls were poured.