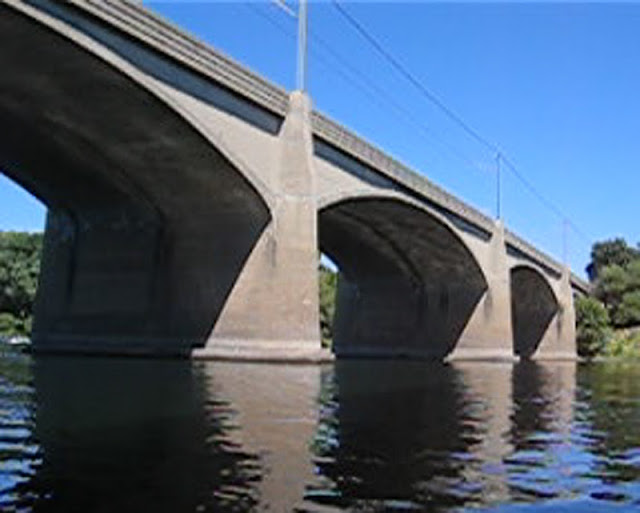 I like this bridge so much, that I'm going to provide another view of it (at deck-level) tomorrow. When I showed it to the head of Caltrans' Office of Aesthetics, he expressed surprise that it was in Sacramento. It has a timeless quality, like some architectural detail that has been repeated with subtle changes throughout time.

I like how the piers look like they are splitting by a mitosis-like process (the bridge was widened from two to four lanes in 1934) and I like the rounded cutwaters that become concave on top to support power poles.

The 12th Street Bridge is a five-span, closed spandrel reinforced concrete deck arch bridge.  It was built in 1915 but it has a modern look, as if some far-sighted architect or engineer had seen something by Frank Lloyd Wright and intuited the works of Corbusier. All of the shapes have moved beyond the purely geometric to something organic or anthropomorphic.