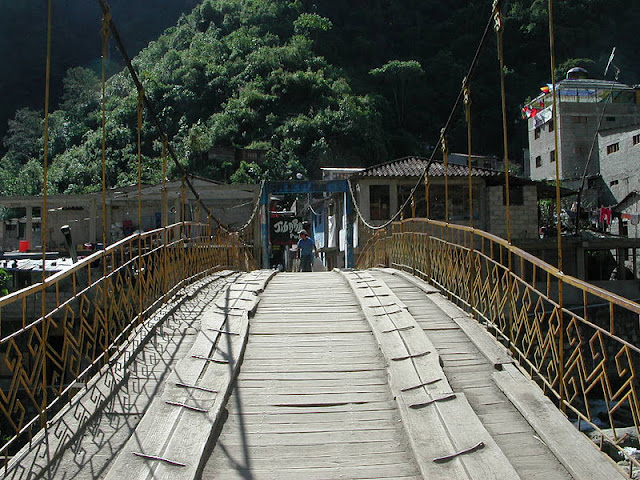 Another view of the suspension bridge we studied yesterday. I was wondering if the longitudinal planks on the deck were made to carry vehicles or just to hold the deck to the floor beams. I'm not even sure if a vehicle could get through the legs of the towers (or if the bridge could support vehicles).

Lately I've been noticing the difference between the rather humble bridges in my blog and the more elegant structures presented by The Happy Pontist.

I think if we were novelists, he would be Thomas Mann whose elegant prose examined the world of educated people and their ideas. I would be more like John Steinbeck who discussed the ordinary people he met in his travels. The Tall Bridge Guy would represent the American idealism of Jack Kerouac and The Bridge Hunter would be a populist writer like Mark Twain.

That's the first time that comparison has been made, that's for sure.

Wow, I am thankful to be considered in this group!