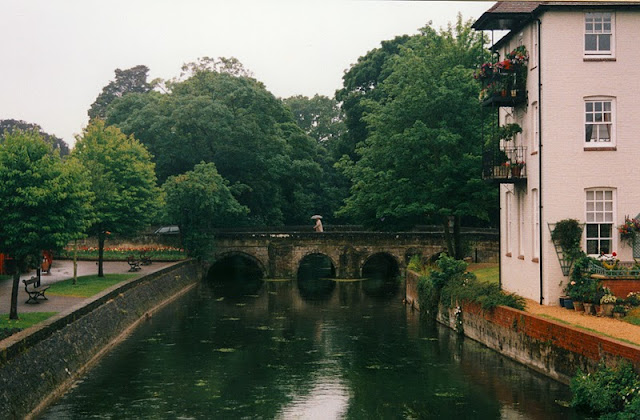 Salisbury was an important trading center. There are bridges dating back to the 13th century that were used by farmers for getting their goods across the rivers to market.

The Crane Bridge was built in the 15th century and later widened to two lanes with sidewalks. Four stone arches with cutwaters cross the River Avon a little north of Salisbury Cathedral (with the world's tallest medieval steeple). Solid parapets sit atop the stone spandrels.

The bridge (and the street) were named after Crane House that once stood nearby. Note that quay walls have been built, perhaps to stem erosion and allow construction along the river.

We'll take a closer look at this old bridge tomorrow.