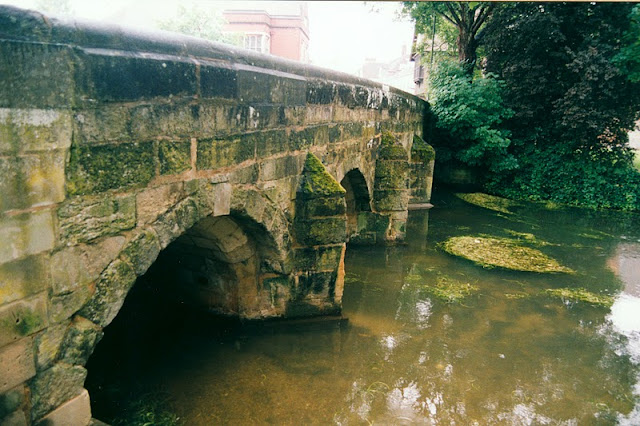 A last look (from the downstream side) at the Crane Bridge. I never understood why they put cutwaters on both sides of a bridge. When you're so far from the sea the chances of the river flowing upstream should be zero.

Unlike the upstream face, all of the cutwaters in this photo are the same size. The facing stones were reused (after the bridge was widened) so it looks similar to when it was first built. This late medieval bridge was constructed with wooden forms to support the arches until the keystones and facing stones were in place.