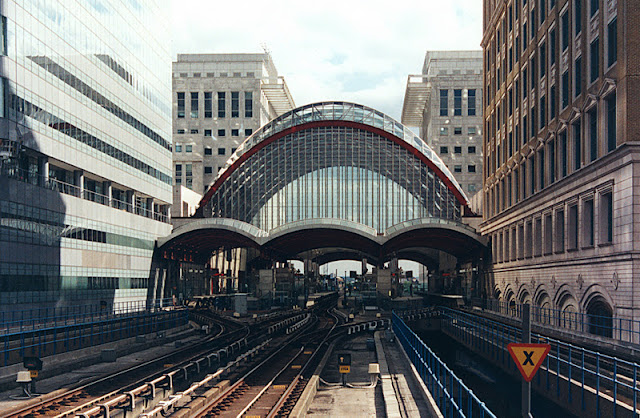 Our idea of what's a bridge is stretched by railway platforms. Most bridges are long and thin but platforms are short and wide.This is particularly true for the Canary Wharf DLR Station which includes six platforms serving three sets of tracks on three parallel structures. However, I think that railway platforms are bridges since they are part of long structures that temporarily change their shape to allow passengers to get on and off the trains.

I must be standing at one of the nearby stations while taking this photograph. At least, I don't think I would be standing on a third rail track that carries a train every five minutes. However, railroad bridges are usually designed with a walkway so that passengers can safely exit the train if it stops running.