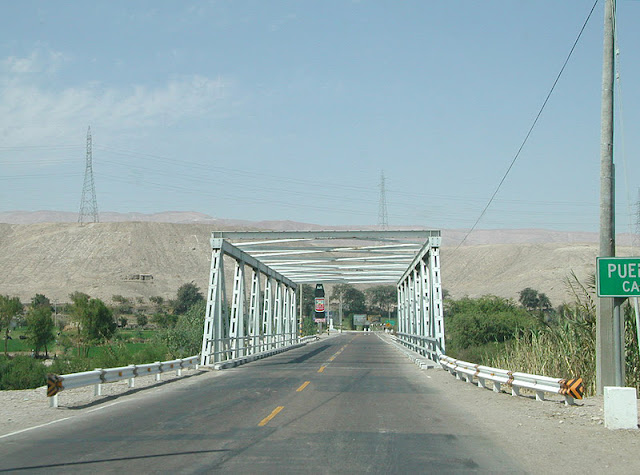 After leaving beautiful Arequipa we drove south on the Pan-American Highway (across deserts and mountains) to the verdant river valley of Rio Moquegua and our next bridge.

It took a while to identify this bridge because the sign in front made me worry the bridge name began with 'CA.'  However, everything in the photo was in the Google Earth view of Puente Montalvo (see map below). Also I was able to follow my photos from Arequipa to Ilo and this was one of the few river valleys that was crossed between the two cities.

Puente Montalvo is an interesting single span, two lane, through truss bridge. It is another odd truss bridge, which apparently delights Peruvian engineers. There is a big compression chord on top and seven tall triangular frames, each with a vertical post that holds up a floor beam and the bridge deck. However, there are no posts between the triangular frames. I found a similar bridge (built in 1871) in the Model Railroader's Guide to Bridges, Trestles, and Tunnels. These are some of the best books on old bridges because of their compulsion to realism in their models. 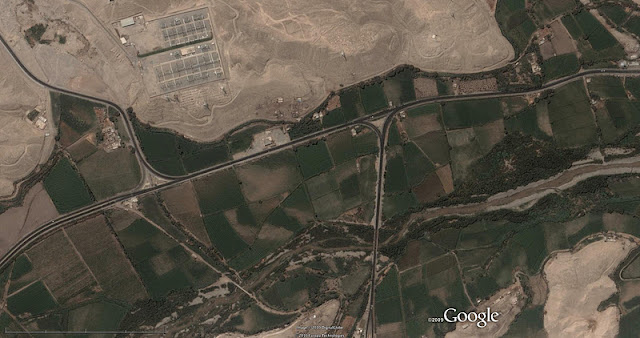