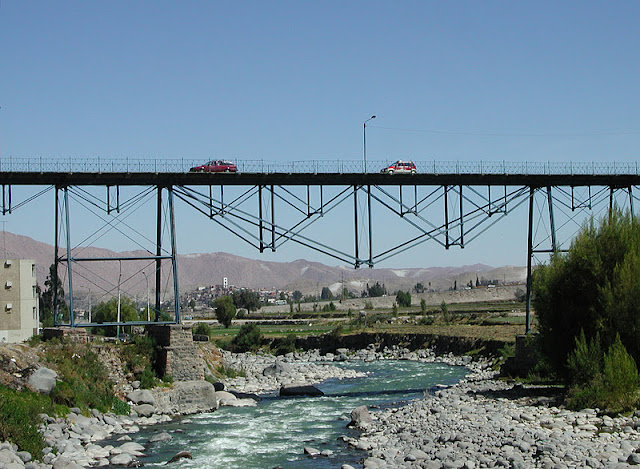 Another old bridge in Arequipa, which was designed by Gustave Eiffel in 1882. Although it's nice, it is not one of his more beautiful structures.

Puente Bolivar is a 488 meter long iron viaduct. Most of the viaduct is composed of four legged towers with little deck truss spans between the towers. A long span over the Rio Chili looks very much like a Fink truss, which was designed by Albert Fink of Germany in the 1860's according to the excellent Wikipedia entry on truss bridges.

At the time it was built, I believe this bridge was used to carry a  railroad on it's way to Cuzco. Now its used to carry a single lane of vehicles west into the city. We'll take another look at this interesting structure tomorrow.