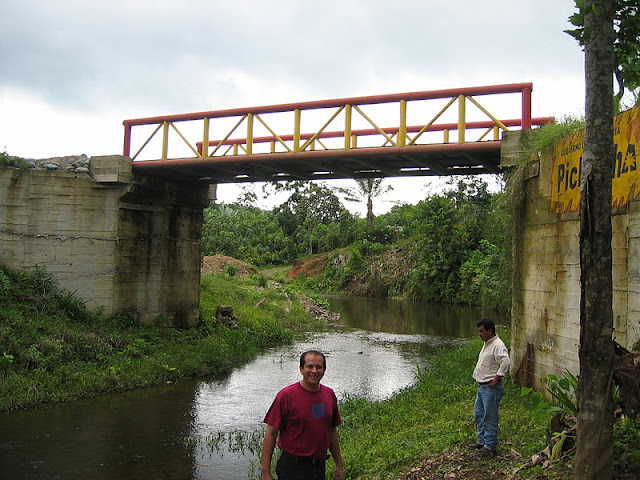 Another view of the Puente Rio Sandima. This photo was taken at dusk and looks like an example of magical realism with its strange colors, intricate textures, and abundant vegetation.

The abutments look discolored and older than the current superstructure. They may have been from an older bridge that deteriorated or had it's superstructure washed away by a flood.

The vertical members are attached to floor beams that support girders and the steel deck. The abutments include new shear keys.