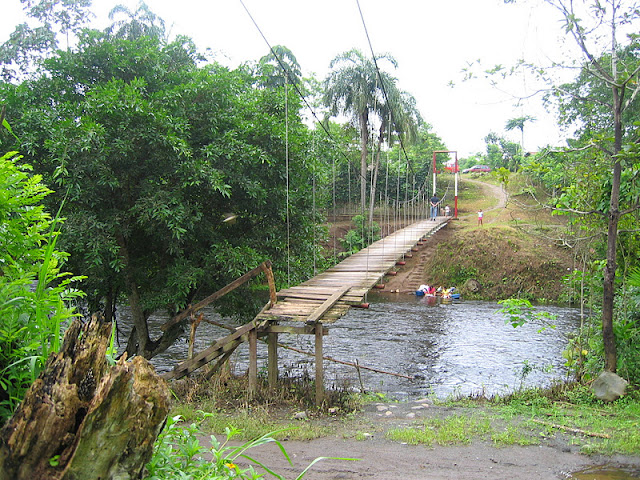 Another bridge designed and built by Walter Yanez in Ecuador. The main span is 57.8 meters long and the towers have fixed bases (rather than the pinned bases used on the longer bridges). Walter must have felt that the shorter towers could resist the resulting bending moments and shears.
Bella Vista is the name of the community that helped build this bridge. It was surveyed by Walter in 2003, checked by Toni, and built by Walter and the community in 2004.
The bridge seems less well-maintained or maybe it's just more used. The last few planks of the wooden deck on this side of the river are missing. However, it sees plenty of traffic and I noticed that the women of the village liked to do their laundry on the stones under the deck.
I took the dimensions of this bridge. It uses 3" diameter pipes for the floor beams and 6" diameter pipe for the towers. The other dimensions are shown in the drawing below. Note that there is a short stairway that people must use to descend to the ground at the far side of the bridge. 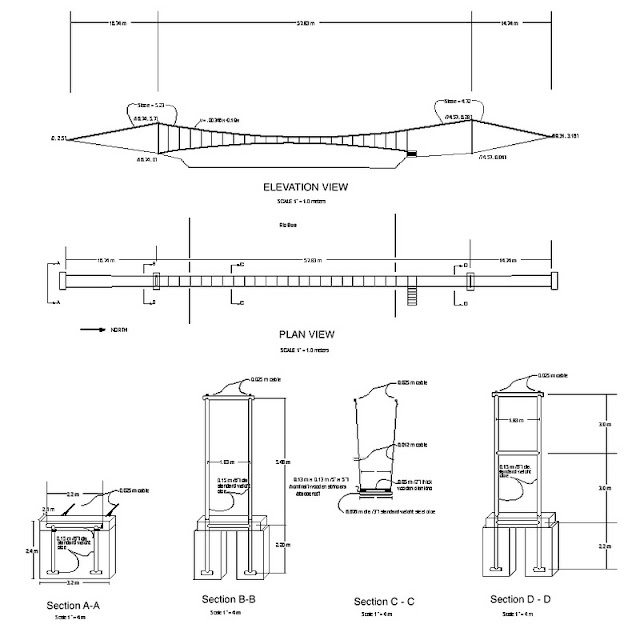