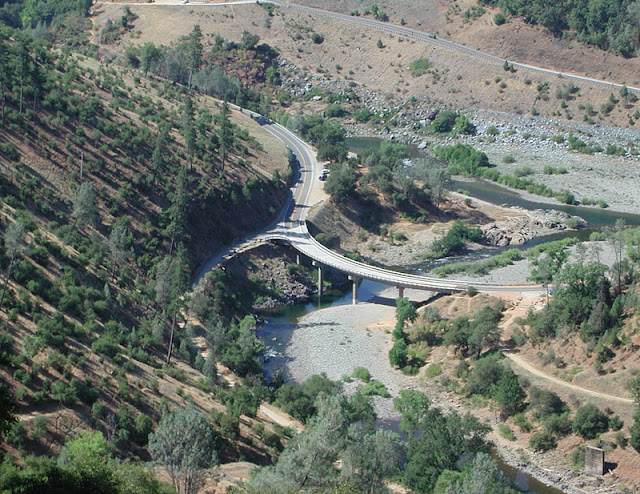 This photo was taken from the bottom chord of the new bridge (while I was rope climbing). You can see it is a five span steel girder bridge on single column bents with hammerhead bent caps. It is a locally-owned bridge that was built in 1955 on a small radius horizontal curve. I like how the road hugs the hills and forms a horseshoe with the bridge over the river. If the Auburn Dam had been built, it would be sitting under hundreds of feet of water.

There are a lot of bridges in this sparsely populated region, some of them from the the beginning of the 20th century. It's close to where gold was first discovered (in nearby Coloma in 1849) which may explain why so much infrastructure was needed. People still pan for gold today, but most of it's gone. The miners built water cannons that altered much of the landscape in the region.