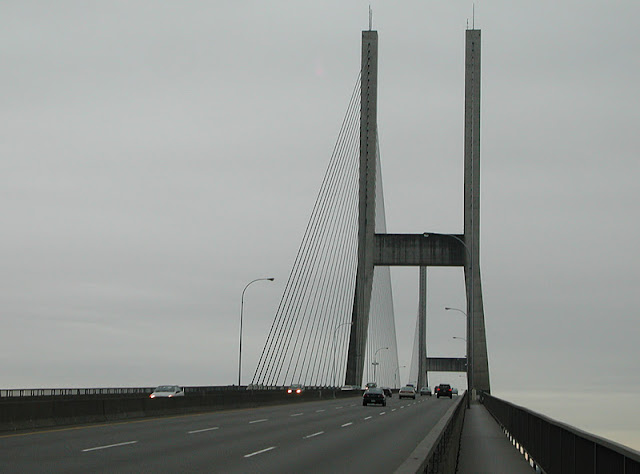 The bridge owner is the British Columbia Ministry of Transportation. The designers were CBA-Buckland & Taylor Ltd. who also provided support during construction. The main contractor was Paschen Pike with Canron in charge of steel construction and PCL handling cable installation (the cables were provided by Bridon International). Construction took 27 months (from 1983 to 1986) and set the record for the lowest cost per square foot of a cable-stayed structure (at that time).