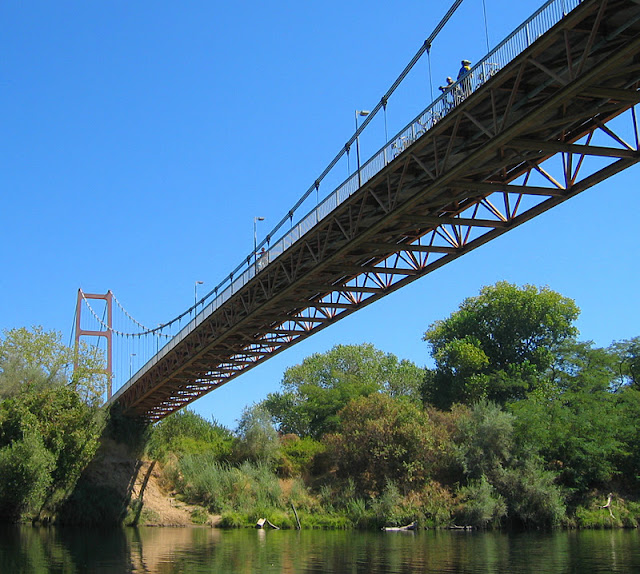 Less than a mile downstream from the Howe Avenue Bridges is the Guy West Pedestrian Bridge across the American River. This is the main pedestrian entrance into California State University in Sacramento. The bridge was named after Guy West, who was the founding president (in 1947) of what was then Sacramento State College.

the Guy West Bridge was built in 1966 at a cost of $636,000. It's owned by the University who has been trying to give it to the city or the state since it doesn't have the resources to maintain it and it needs to be repainted, which will cost millions of dollars.