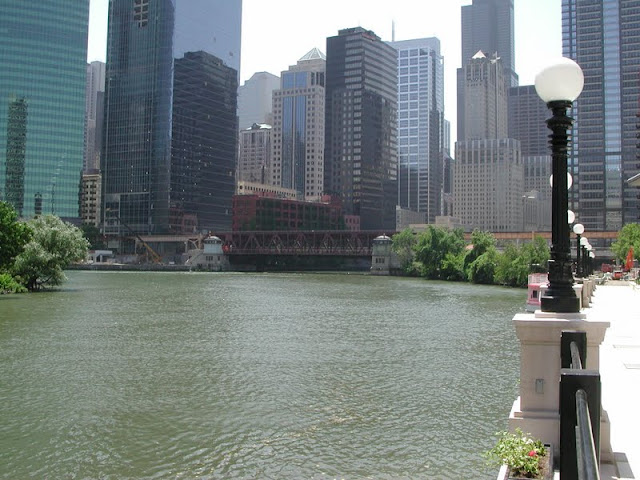 About a mile downstream from Lake Michigan, the Chicago River splits into a north and south branch. Traveling a little bit to the south, we come to the West Lake Street Bridge. This is a huge, double deck through truss, double leaf bascule bridge. There are two sets of train tracks on the top deck and four traffic lanes and sidewalks on the bottom deck.

This big, boxy bridge is less attractive than the more streamlined pony and deck trusses across the Chicago River. It carries over 500 trains a day and so a vertical lift bridge was originally planned for this site. However, aesthetic concerns prevailed and a bascule bridge was eventually built in 1916.