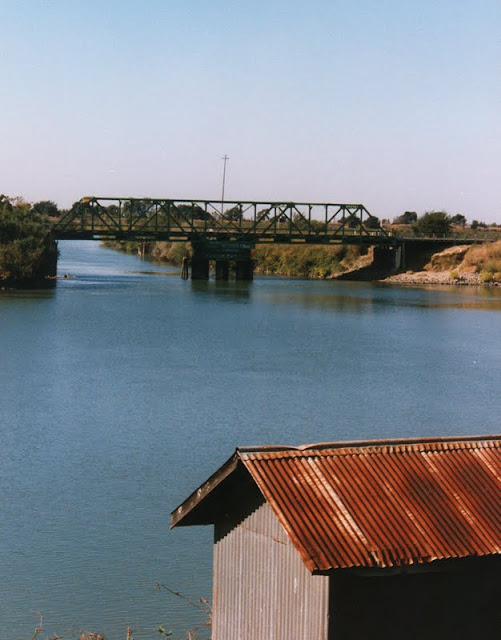 Like the previously studied Steamboat Slough and Three Mile Slough Bridges, the Sutter Slough Bridge crosses a tributary flowing into the Sacramento River. Movable Bridge Engineering lists Sutter Slough as a fixed swing bridge (by which I assume it means it no longer can move). There's a lot of old bridges that can't move, probably because no ships or barges travel past anymore.

I believe swing bridges were more popular before WWII when they were thought to be economical and there was less objection to having a pier in the middle of the waterway. After the war, the US government would help pay the cost of replacing or removing obstructions in waterways. Most of these obstructions were old swing bridges.

Sutter Slough Bridge was built in 1939 in Courtland California. The swing mechanism sits on a three column bent. The bridge carries two-way traffic (on two lanes), it has a total length of 397 ft, and it carries an average of 6020 vehicles a day.