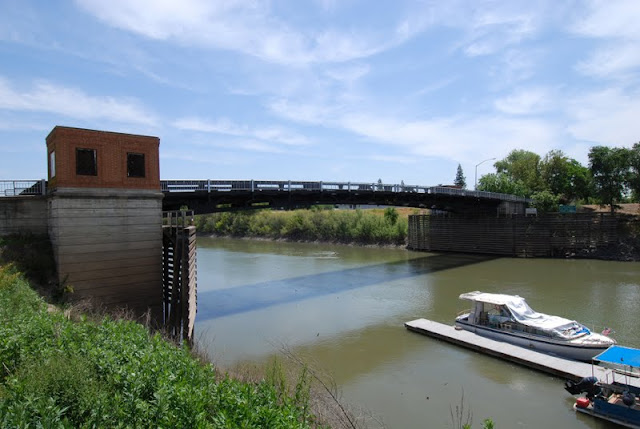 A last look at the Knights Landing Bridge. Its a double leaf simple trunnion bascule bridge that carries State Route 113 over the Sacramento River. The counterweights are enclosed in the large bin-type abutments.

Balancing the bridge leafs with the counterweight requires careful planning. Because traffic travels on approach spans rather than directly on the counterweights, this bridge is more stable in the closed position. When the locks are opened at midspan, the bridge can be raised with a smaller motor than would be needed if the deck had been made heavier to resist the counterweight and live load behind the trunnion.

I believe this bridge can still be operated. At least, it looks in good shape. Perhaps it is only opened when a request is made to the U.S. Coast Guard several days in advance.