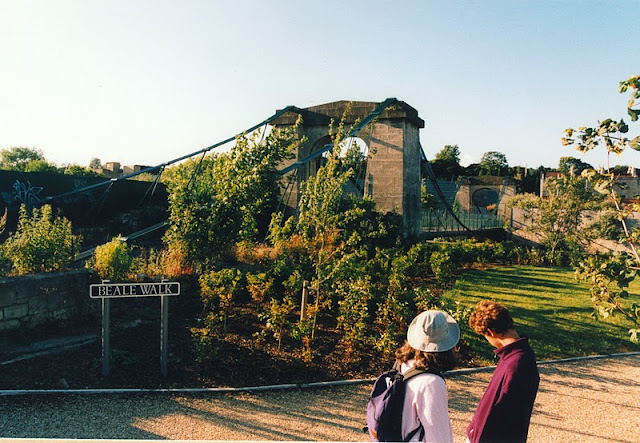 A photo of my wife and son standing in front of Victoria Bridge. The designer, James Dredge never became an influential bridge engineer, despite his innovative bridge designs.

Victoria Bridge (in Dredge's hometown of Bath) was his first bridge. He was a shareholder in the company that built it and they charged a toll of half a penny to cross it. The bridge weathered a powerful storm while it was being built which gave people confidence in it. It cost 1760 Pounds (in 1836) to build, it was turned into a public bridge in 1929, it was converted to a footbridge in 1946, and it's still in use. 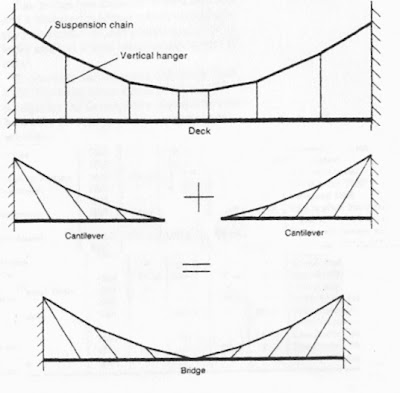 The drawing above (from D. McQuillan's paper, From brewer to bridge builder: reflections on the life and work of James Dredge) shows one advantage of Dredge's 'Taper Principle.' A regular suspension bridge (on top) would collapse if you cut the cable in two but the Dredge bridge (at bottom) would remain supported if the suspension chain was cut in half.

I wonder if a modern steel suspension bridge was ever built using Dredge's 'Taper Principle?'