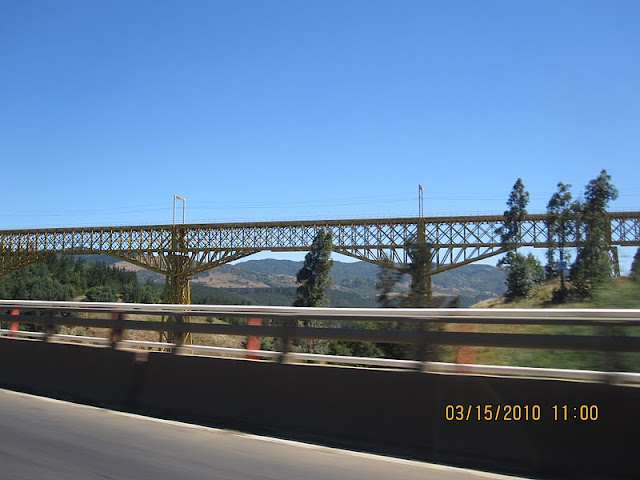 The Malleco Viaduct was the tallest railroad bridge in Chile when it opened in 1890. It runs parallel to the PanAmerican Highway (Route 5) in South-Central Chile. Apparently Gustave Eiffel made a proposal to design the bridge, but his proposal was rejected and the design went to Aurilio Lasterria.  It's an interesting lattice truss with fillets connecting the superstructure to the towers.

The railroad runs parallel to the highway for much of the length of Chile. Note that the train is powered by a cable suspended above the tracks. It would seem that the railroad would be an ideal transportation solution for a long, skinny country like Chile, but it is barely used (similar to the US). After the earthquake, the railroad was utilized to remove building debris.