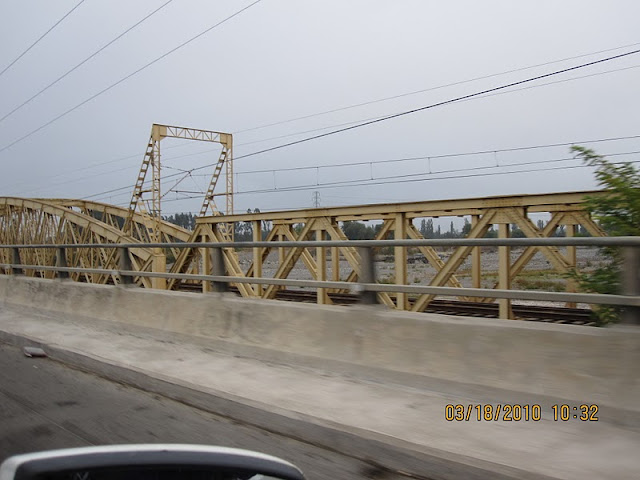 Charles Darwin also writes about the Rio Lontué in his journals and speculates that an earthquake in 1762 caused a landslide and dam across the Rio Lontue. The water eventually burst through spreading boulders throughout the area. This may be the first description of debris dams that continue to cause damage following earthquakes. He further speculates that such debris can now be found atop mountains suggesting that parts of Chile have been uplifted over time.

The Puente Ferroviario de Lontué is a three span through truss. The end spans have a curved top chord while the center span has a straight top chord, which seems to be a common arrangement.