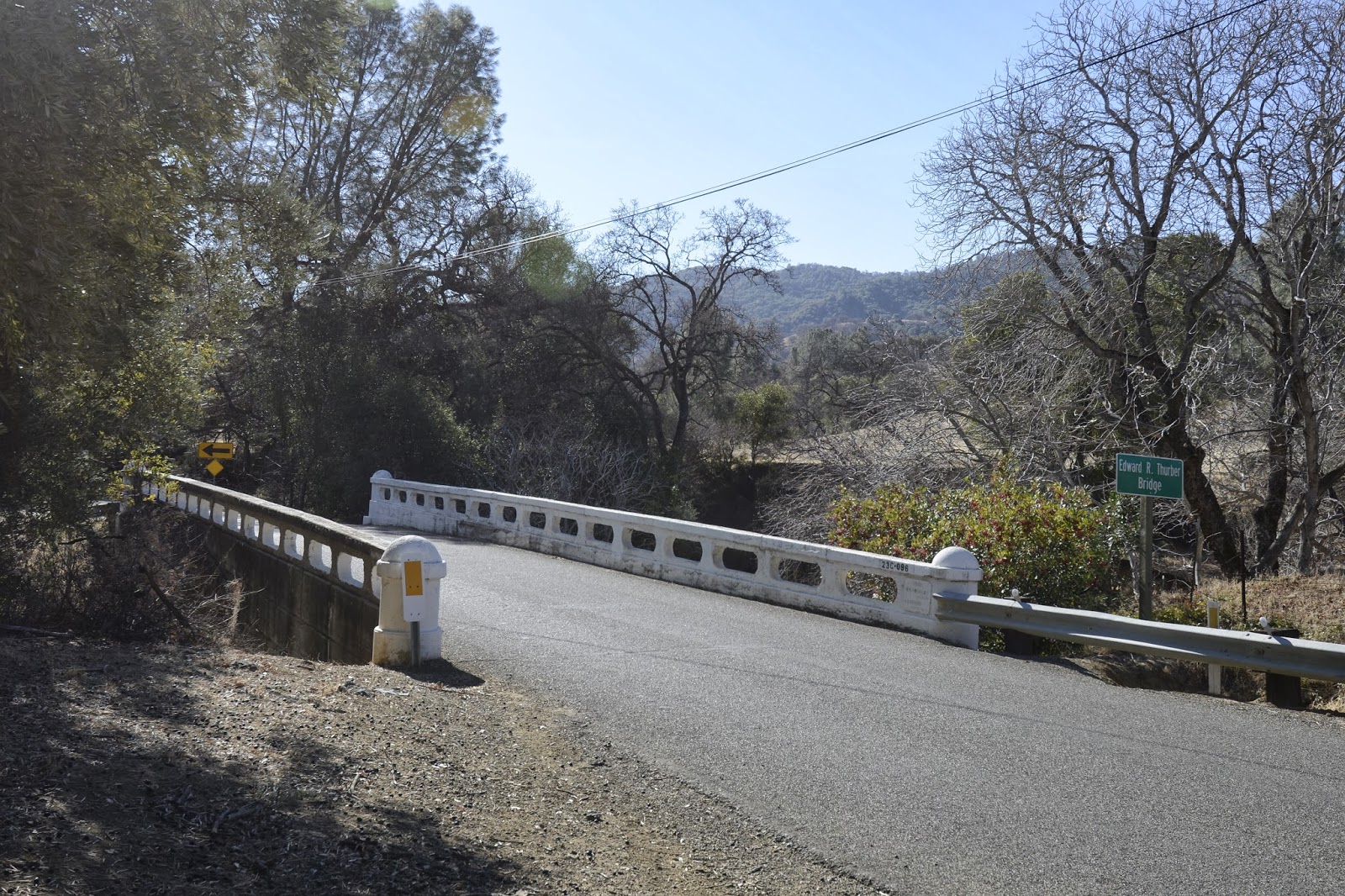 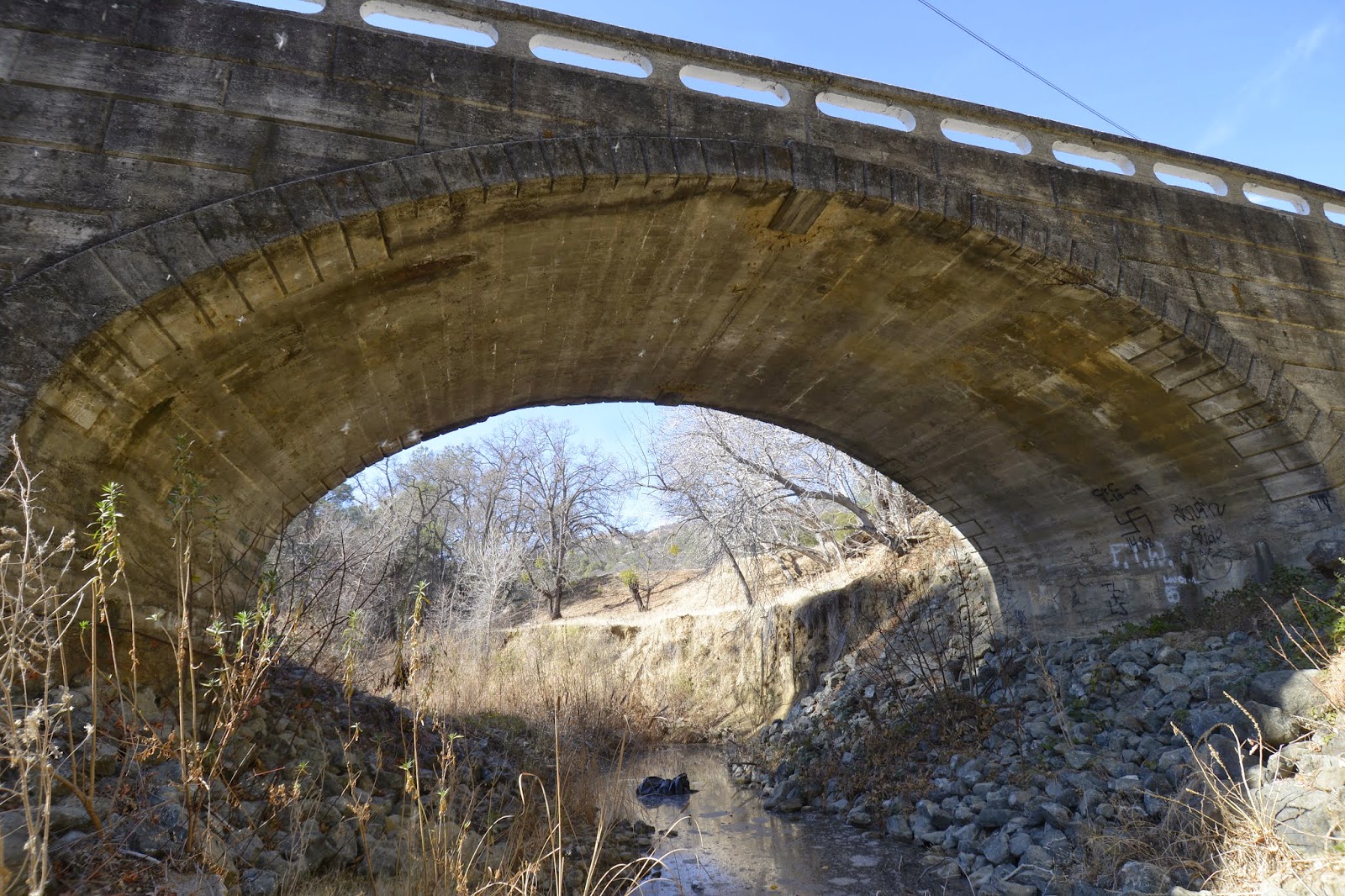 Not only is this bridge eligible for registration as a historic place, but it hasn't been torn down, and (even more surprising) it is one of the few bridges not over a dry creek! Miller Canyon Creek is covered in cattails and reeds which all exploded into the air as I bumped into them! I was covered in pollen after photographing this bridge.

Placards on the barrier rails inform us that this bridge was built in 1907 by W. B. Godfrey (County Supervisor) and F. A. Steiger (County Engineer). Steiger was involved in the design and construction of most of the public structures in Solano County at the beginning of the 20th century including the courthouse, the jail, and several bridges. Reinforced concrete was becoming more popular and became the material of choice for construction in Solano County. An interesting contrast is the many arch bridges in Napa County made of stone and the many arch bridges in Solano County made of reinforced concrete.

Edward Thurber was a rancher whose land was used to construct Pleasants Valley Road. They renamed the bridge after him in 2007 on the 100th anniversary of the bridge's construction. More information about Steiger, Thurber, and the Pleasant Valley Road Bridge can be found in an article written by Sabine Goerke-Shrode.