The El Curtola Bridge (28 0125) across State Route 24 is supported by an unusual upside-down 'V shaped bent. The bent splits in two to step over the Bay Area Rapid Transit (BART) tracks in the middle of the expressway. The tracks are in a trench that becomes a tunnel just east of the bridge. 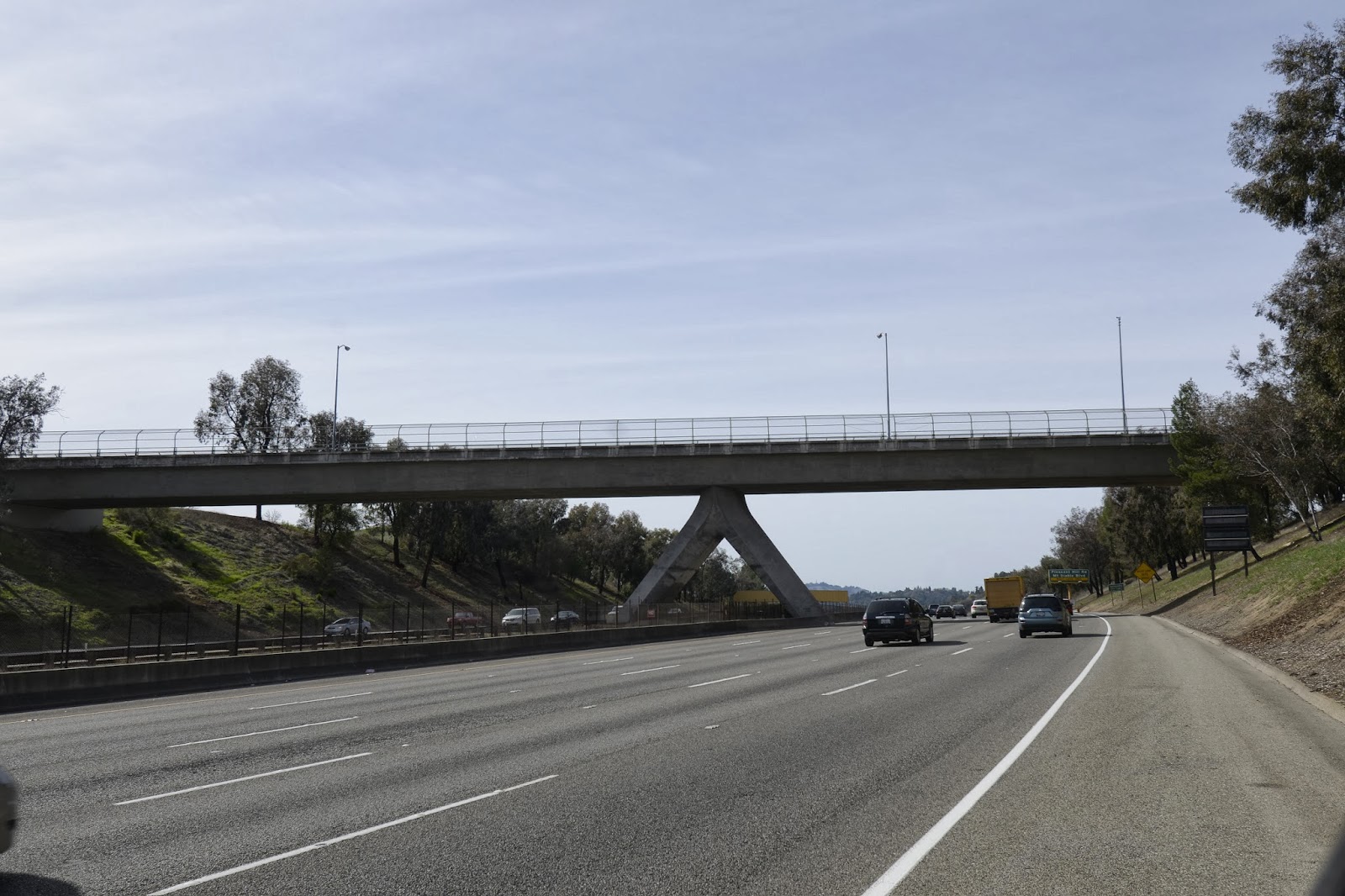 I previously wrote about this bridge in April of 2010 and mentioned that the bridge had later been retrofitted with steel column casings. However, when I returned this week there were still no column casings! The bridge was constructed in 1971 and improved in 1996, but the improvements apparently didn't include a column casing (it could have been a concrete casing). It will be interesting to see how this oddly-shaped bent performs during the next big earthquake. This area of Contra Costa County is crossed with many faults, including the Franklin Fault that crosses under the adjacent 24/680 Interchange that we will be studying tomorrow. 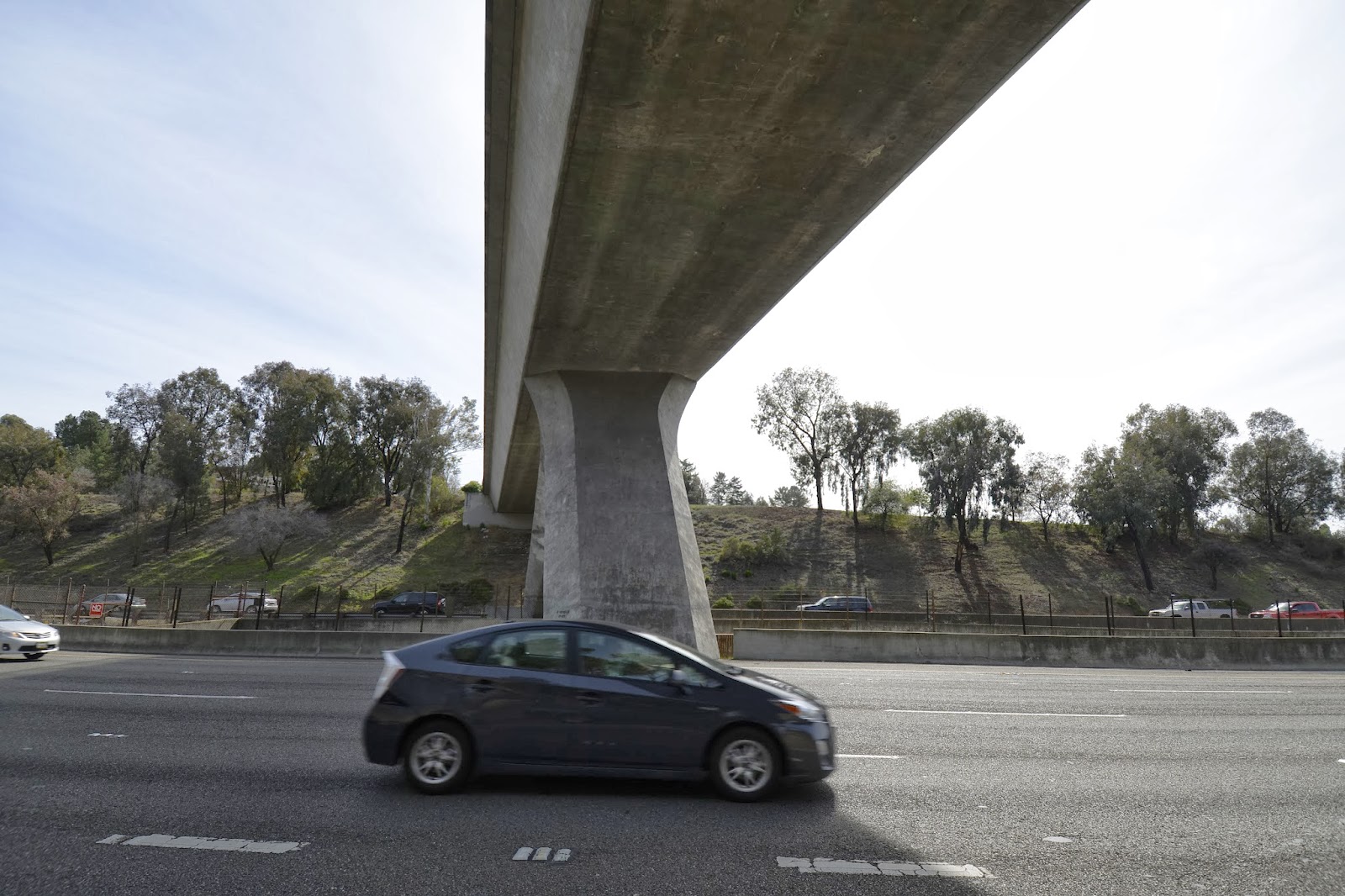 The El Curtola OC is a cast-in-place prestressed concrete, box girder bridge with two 194 ft long spans and a single very unusual bent. It seems like they could have built this bridge more traditionally with a bent on either side of the BART tracks, but maybe they wanted the columns sloping away from traffic.