From Ulatis Creek in Vacaville we drove west to Suisun Creek near Fairfield. I was planning to photograph the Suisun Valley Road Bridge (23C0077), which is another of F.A. Steiger's reinforced concrete arch structures. However, I was disappointed when I got to the site and found a brand new single span box girder bridge across Suisun Creek. 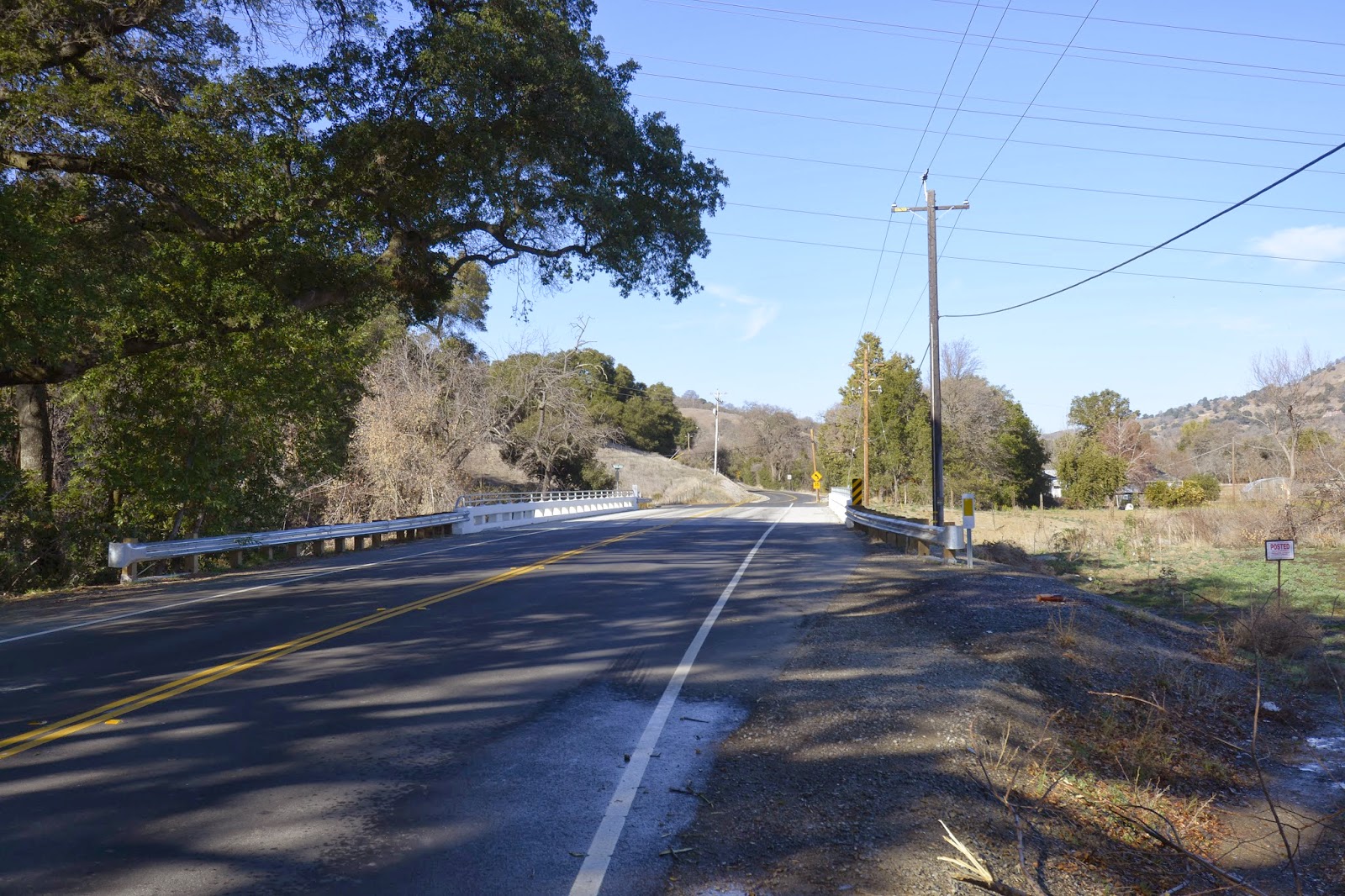 I was surprised that the old bridge, which was eligible for the National Register of Historic Places, could be demolished without even putting a report into the Library of Congress. Perhaps because it was eligible but hadn't been registered, it could be removed with impunity. Readers wishing to see the old bridge can go to the Bridgehunter Website where there are several nice photos by Craig Philpott taken in 2010.