Continuing to the east of the Benicia Martinez Bridges is the Rio Vista Bridge across the Sacramento River (previously visited in May of 2010). This is the last bridge in our survey of Solano County bridges. It's a 2890 ft long vertical lift bridge that was built in 1944. It includes a 306 ft long Warren truss lift span across the river channel. 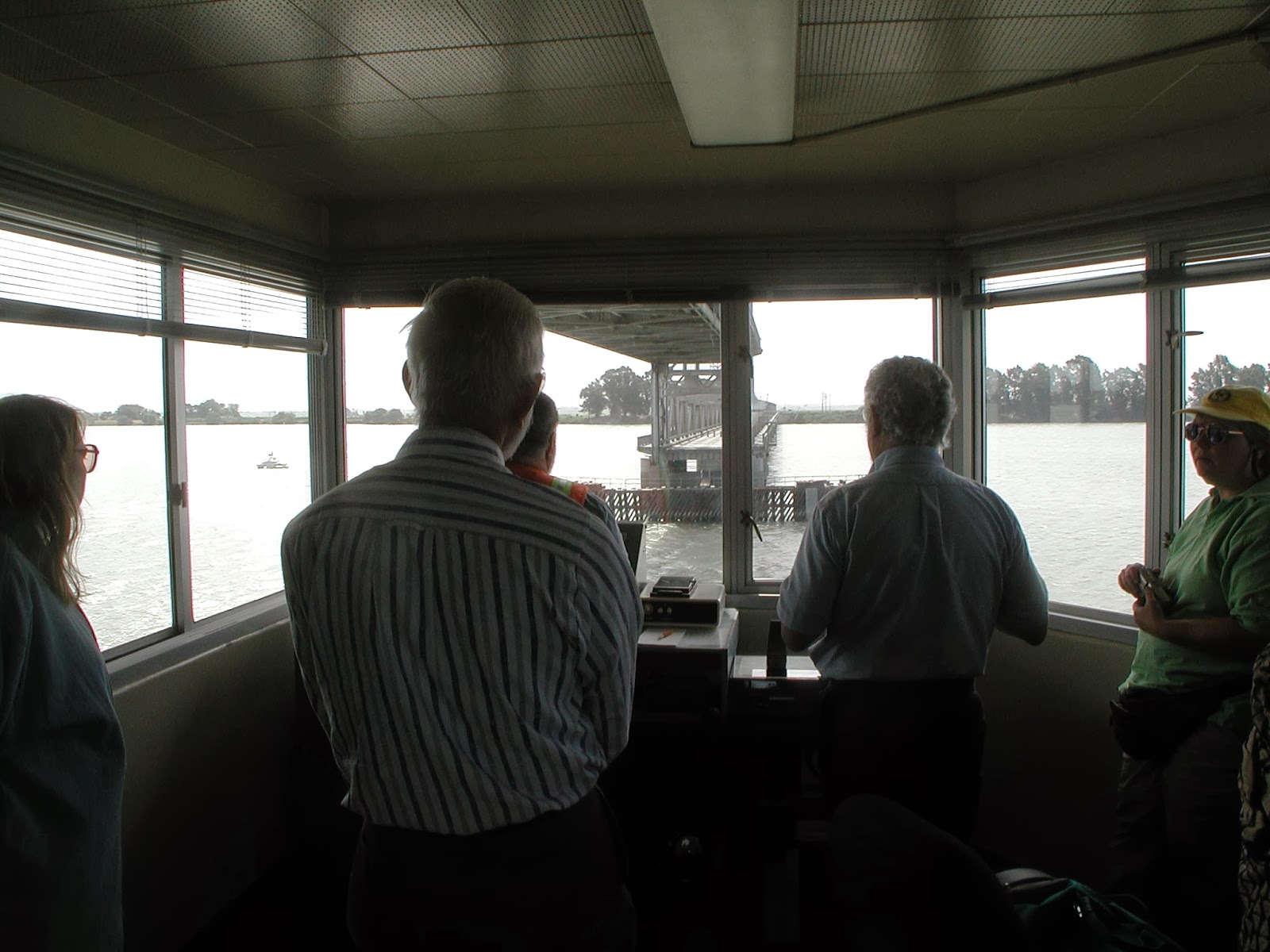 The Rio Vista Bridge is on State Route 12 (in the town of Rio Vista) and the bridge gets raised and lowered a lot, which can back up traffic for miles. The bridge tender was nice enough to let us into the bridge house so we could watch him raise and lower the lift span. 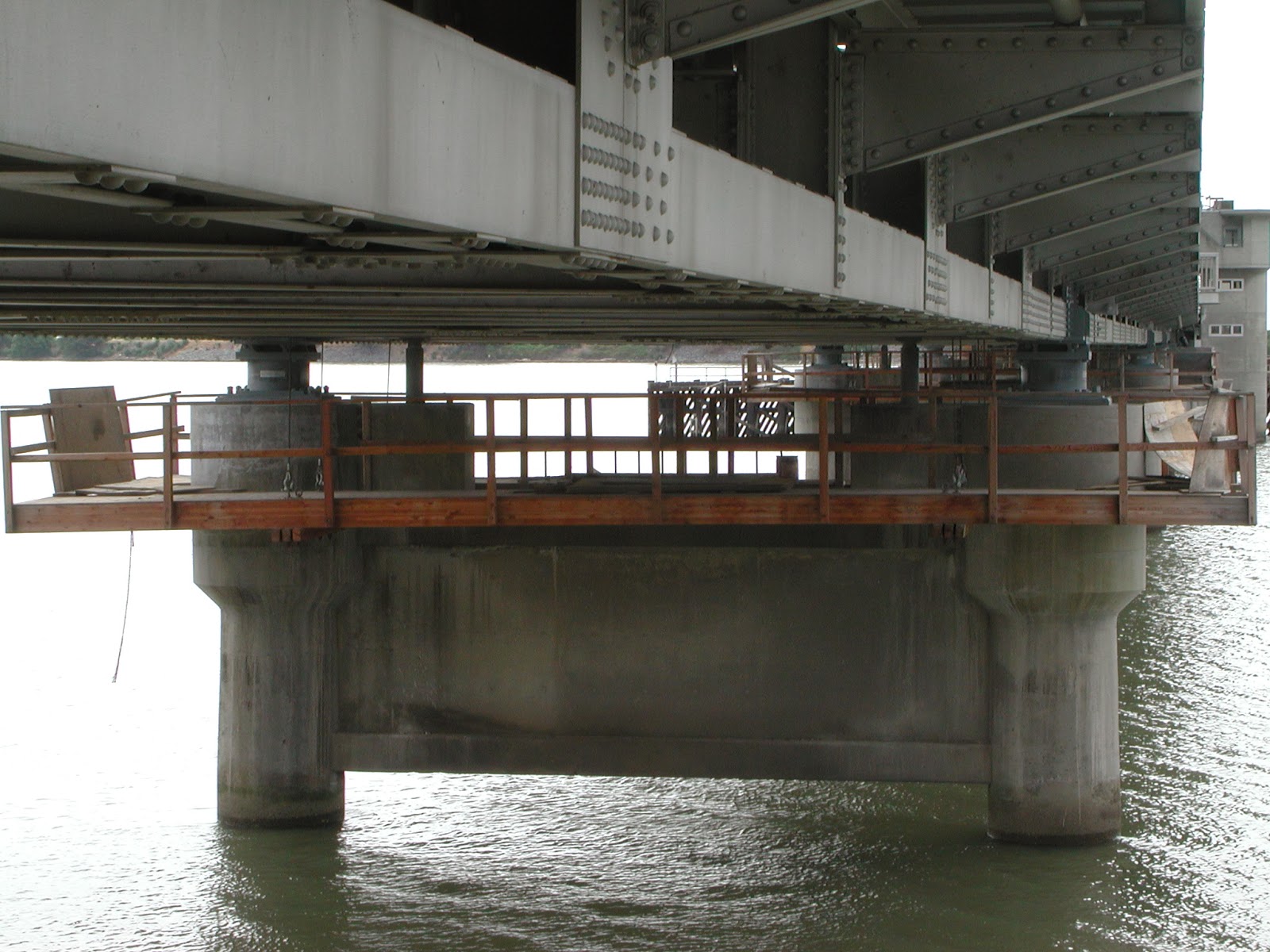 This bridge got an extensive seismic retrofit in the 1990s that included lead-rubber isolation bearings supporting the approach spans (see photo above) and viscous dampers that were placed transversely to allow the tower to rock if the anchor bolts were to break (see photo below). 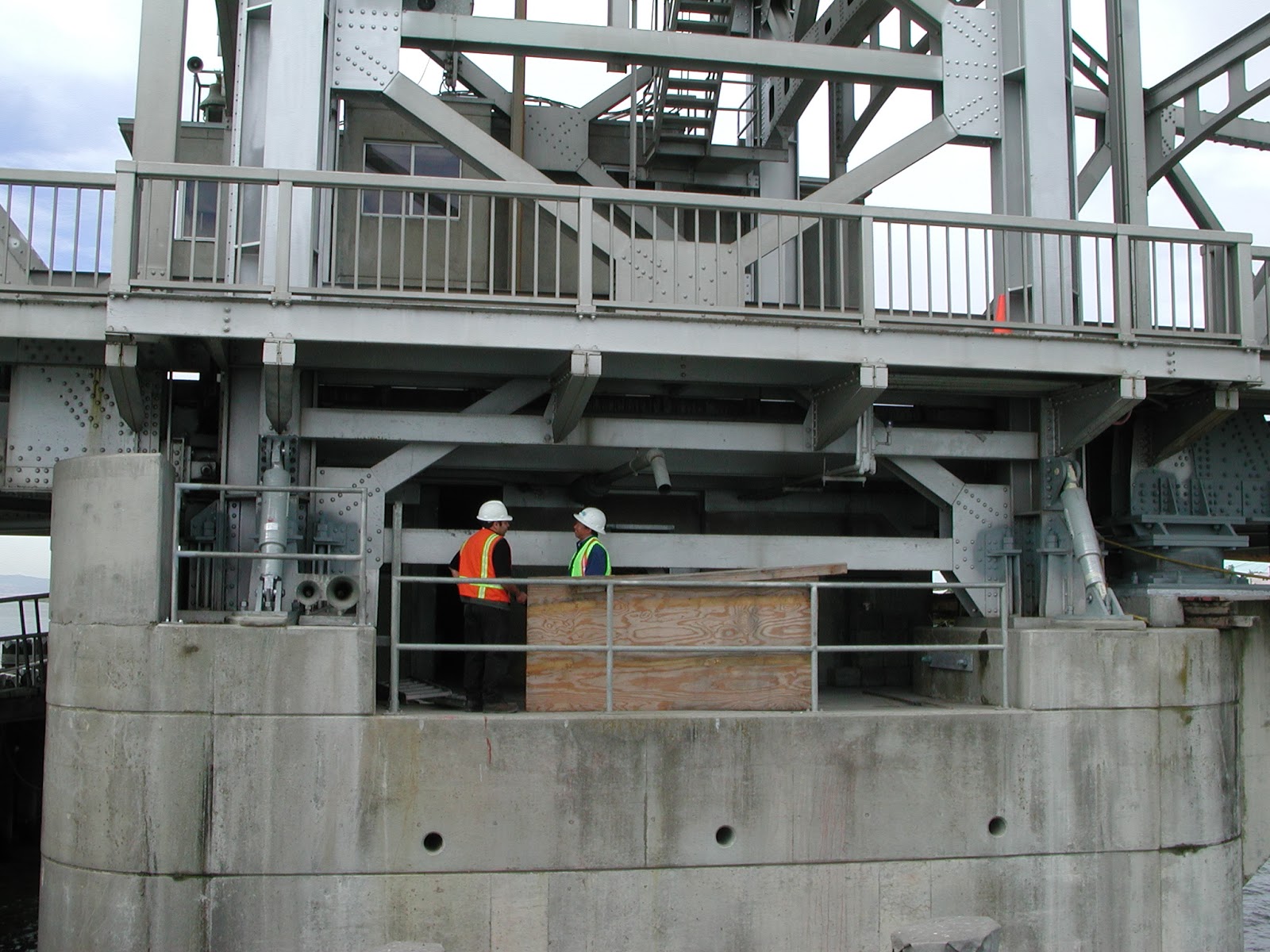 Sacrificial expansion joints were used to accommodate large longitudinal movements. Also cable restrainers were placed in front of the counterweights to prevent them from swinging into the towers (see photo below). Thus, the retrofit allows movement and damage while preventing a collapse for the maximum credible earthquake. For a more moderate event, the retrofit may allow the structure to remain in service. 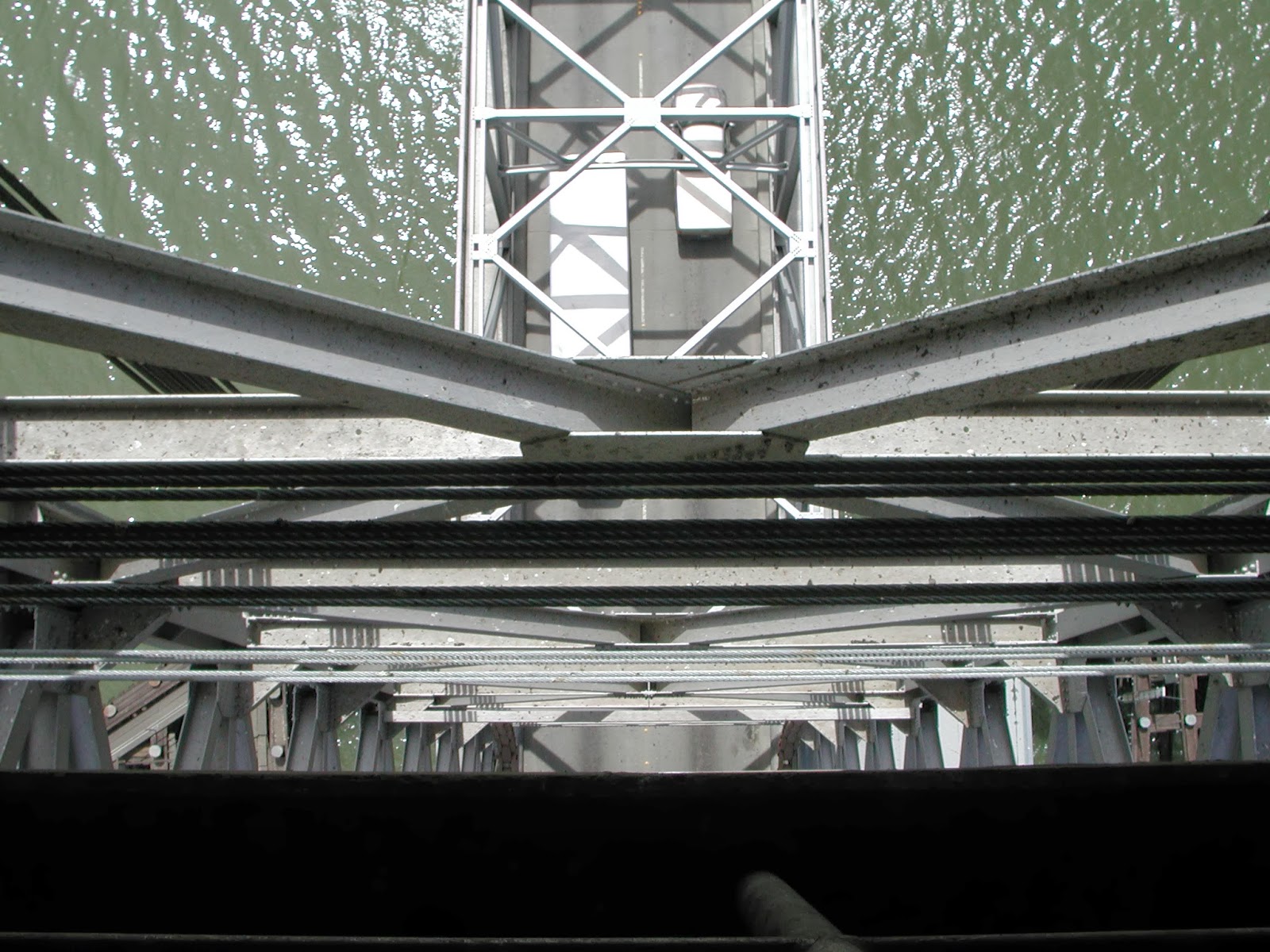 Solano County, California Bridges: Rio Vista Bridge across the Sacramento River by Mark Yashinsky is licensed under a Creative Commons Attribution-NonCommercial-NoDerivatives 4.0 International License.
Posted by Mark Yashinsky at 9:00 AM