Like the other San Francisco Bay toll bridges the Richmond-San Rafael Bridge is named after the two cities it connects. It's the northernmost of the bay toll bridges and when it was built in 1956 it was the world's longest bridge at 5.5 miles. I took the photo above (and for a previous blog) many years ago with a film camera. The bridge looks slightly different today because it was retrofit in 2001. 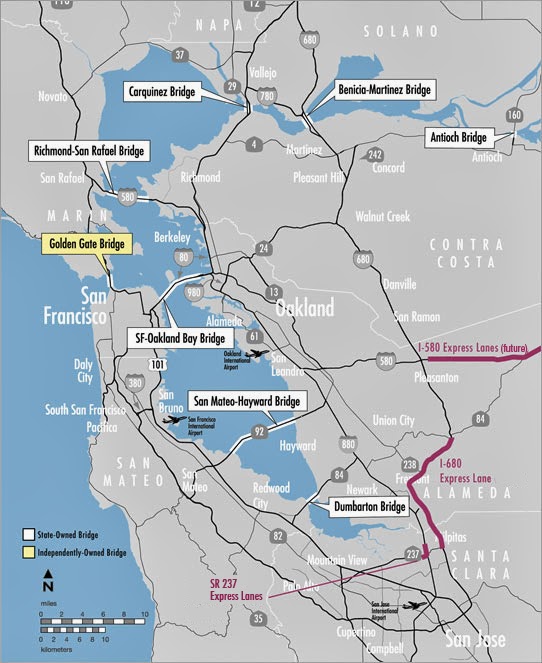