The California Delta has many movable bridges. This swing bridge carries State Route 4 across the Old River between Contra Costa and San Joaquin Counties. The Old River Bridge (29 0045) was built in 1917 but it was considerably renovated in 1978 and it looks almost new. 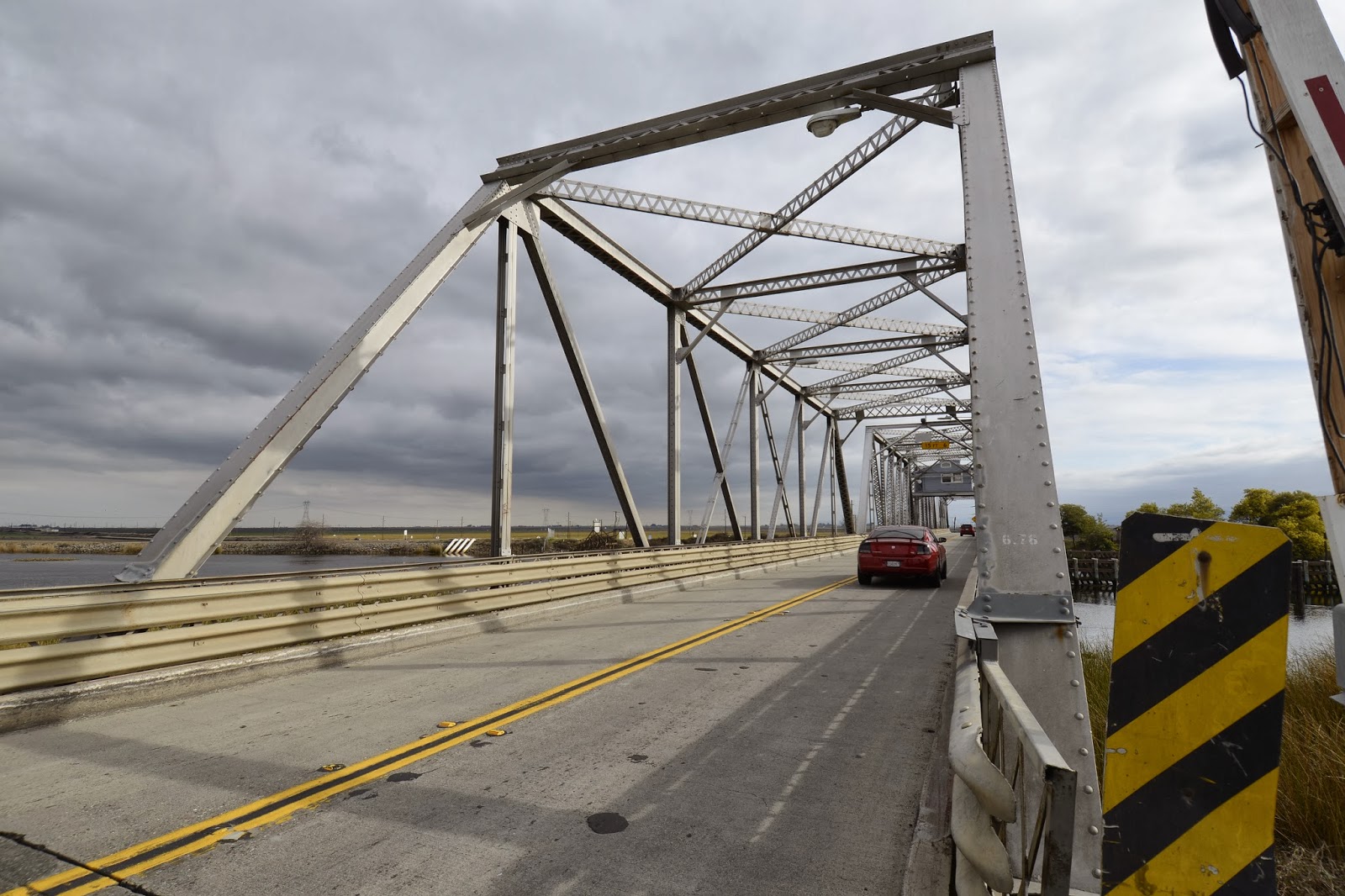 A closer inspection shows that the bridge was put together with rivets and laced cross members. In fact, the bridge is in poor shape and has a sufficiency rating for the superstructure of only 22 and is rated structurally deficient.

The Old River Bridge has Howe truss swing spans and Pratt truss approach spans. The bridge is 528 ft long with a 20 ft wide deck. It provides 15.5 ft of vertical clearance below the cross beam and 13 ft vertical clearance above the river in the closed position. The highway makes a sharp 'S' to cross the river at a right angle. Broad levees on each bank protect the surrounding farmland from flooding. 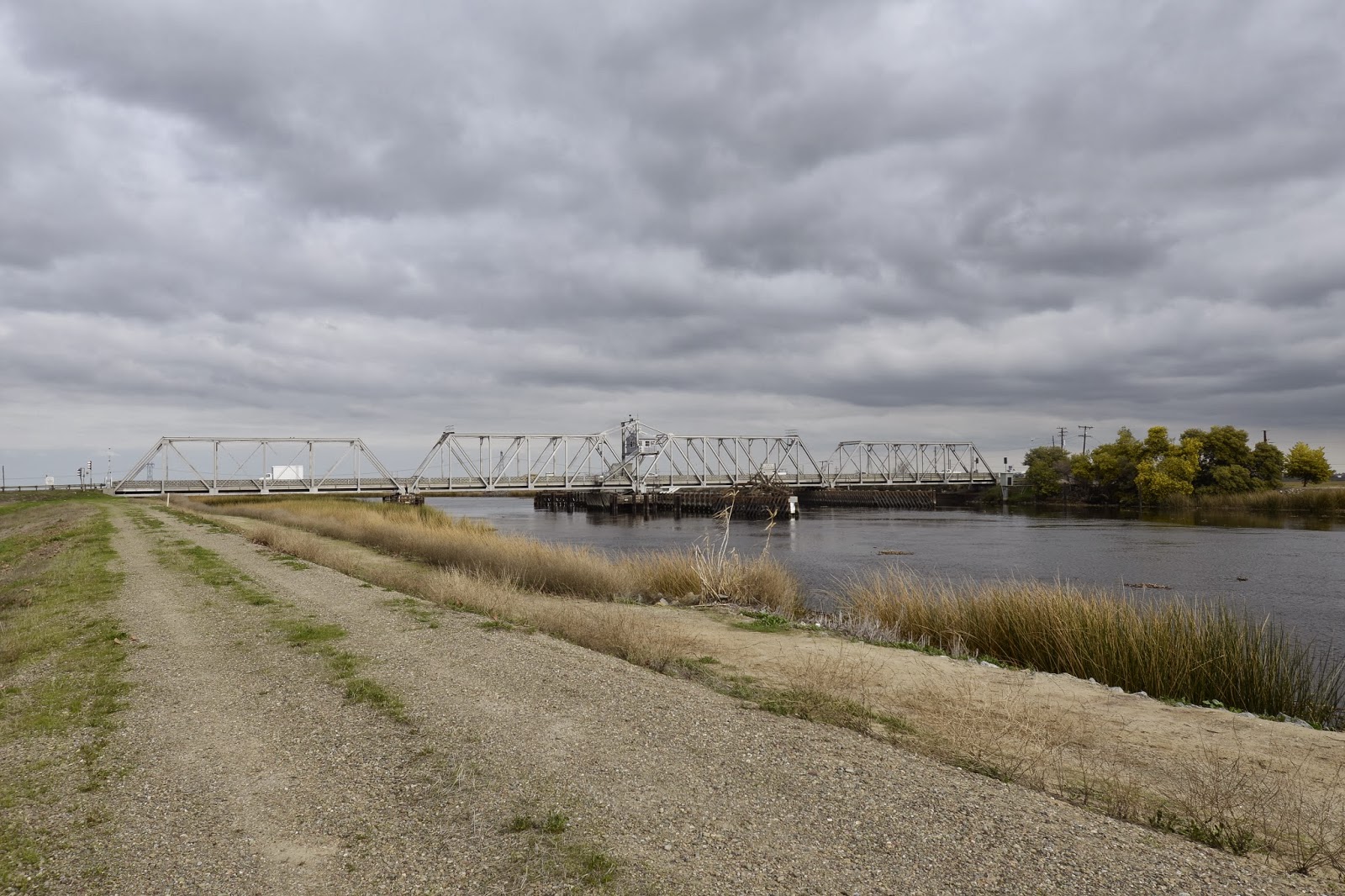 Contra Costa County, California Bridges, State Route 4 Bridge across the Old River by Mark Yashinsky is licensed under a Creative Commons Attribution-NonCommercial-NoDerivatives 4.0 International License.
Posted by Mark Yashinsky at 9:00 AM