Around the Antioch Bridge is the California Delta, a maze of sloughs and swampy islands. California's Delta has similar problems to the ones that plague the Mississippi Delta. It's below sea level and protected by gates and levees. The state government wants to divert some of the water into tunnels for farmers and wildlife habitats, but this plan is fiercely opposed by the people who live in the Delta.

We'll spend the next few days studying a few of the bridges that cross the Delta in Contra Costa County. 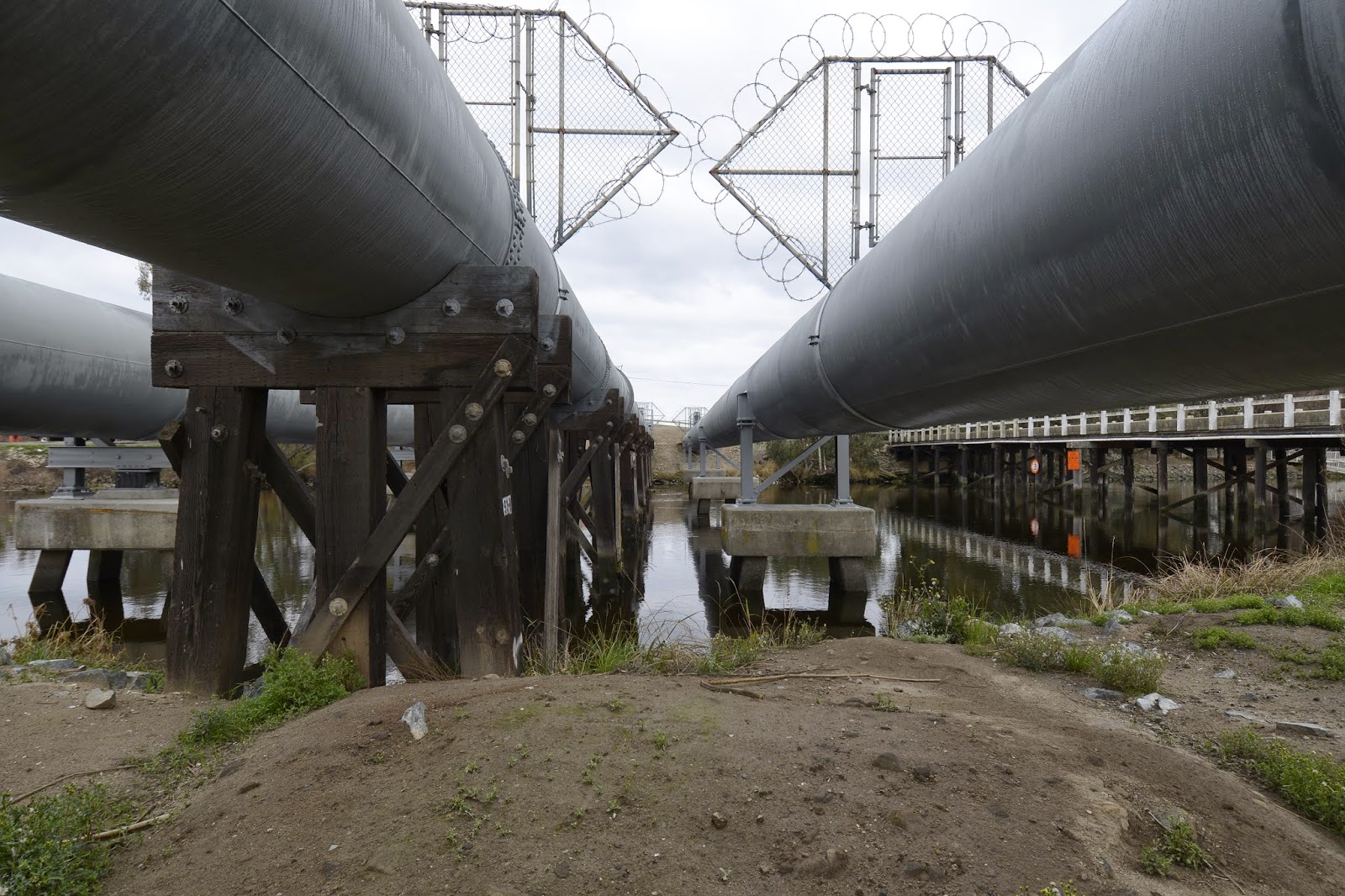 Indian Slough is crossed by several bridges at Orwood Road a little north of the waterfront community of Discovery Bay.  A squat concrete trestle bridge carries Amtrak and BNSF trains across the slough (top photo). Three large diameter utility bridges cross the slough to bring fresh water to communities in the Bay (see photo above). The utility bridge to the north has a seismic retrofit with lead rubber bearings supporting a steel eccentrically braced frame that will act as a fuse for transverse displacement (see photo below). 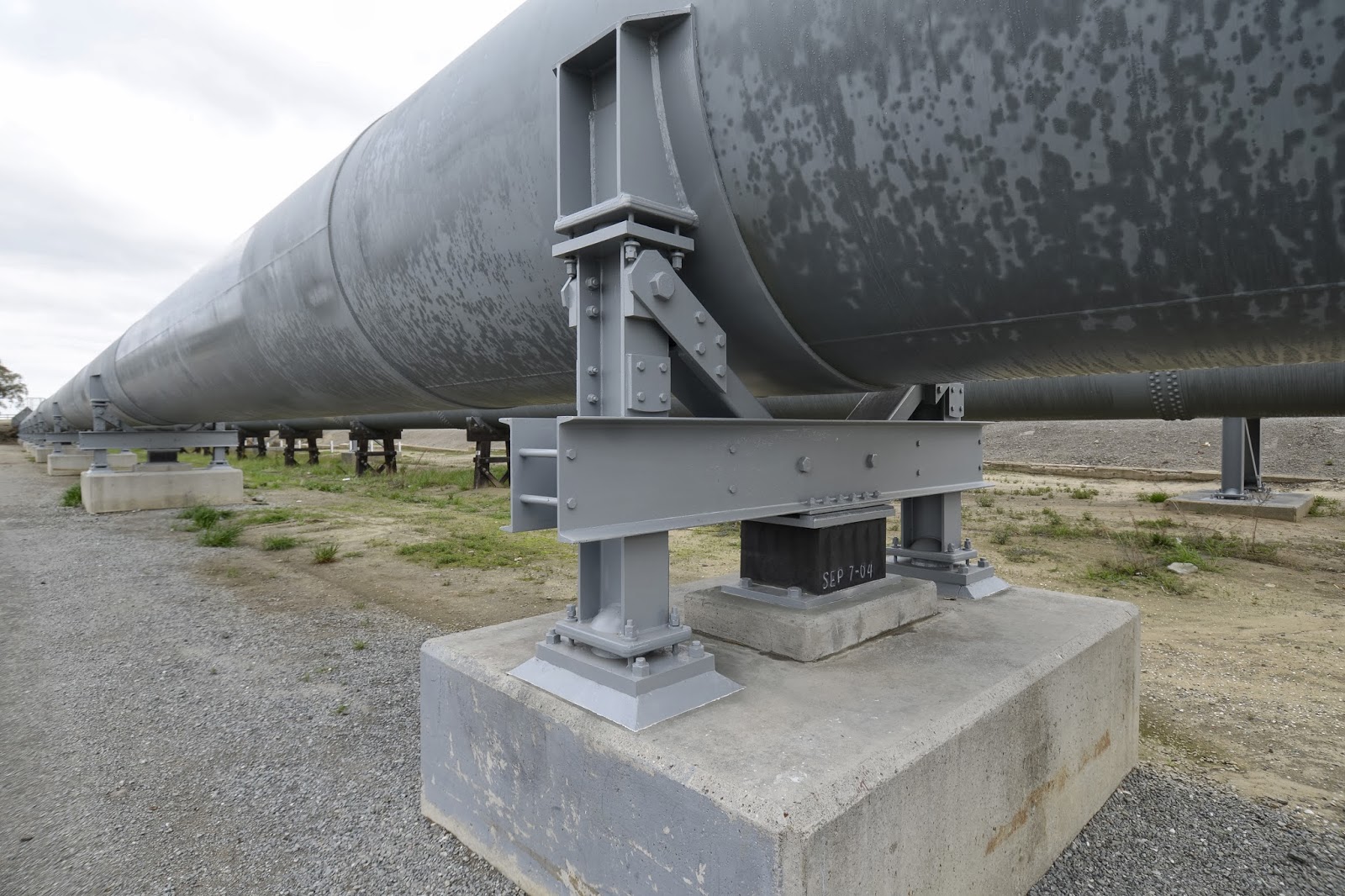 Just south of the utility bridges, the Orwood Road Bridge (28C0024) crosses Indian Slough. It's a twelve span timber trestle bridge with a reinforced concrete deck (see photo below). This road bridge is 230 ft long, 22 ft wide, and it was built in 1947. 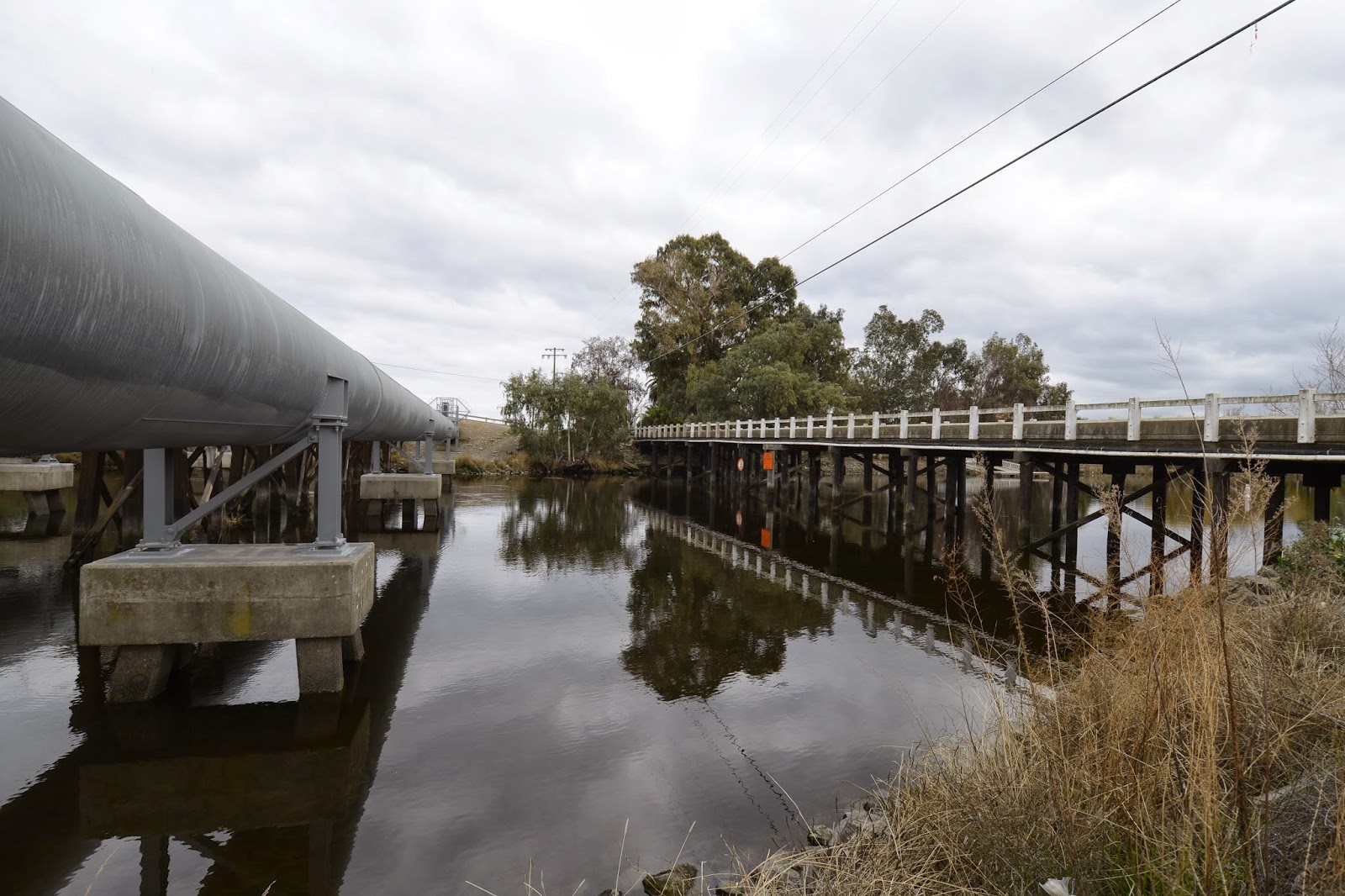