We continued driving south on Pleasants Valley Road, crossing over several purely utilitarian bridges. We eventually arrived in Vacaville and turned east onto Monte Vista Avenue to visit Andrews Park. There are a variety of interesting bridges that cross Ulatis Creek, which winds through the park. 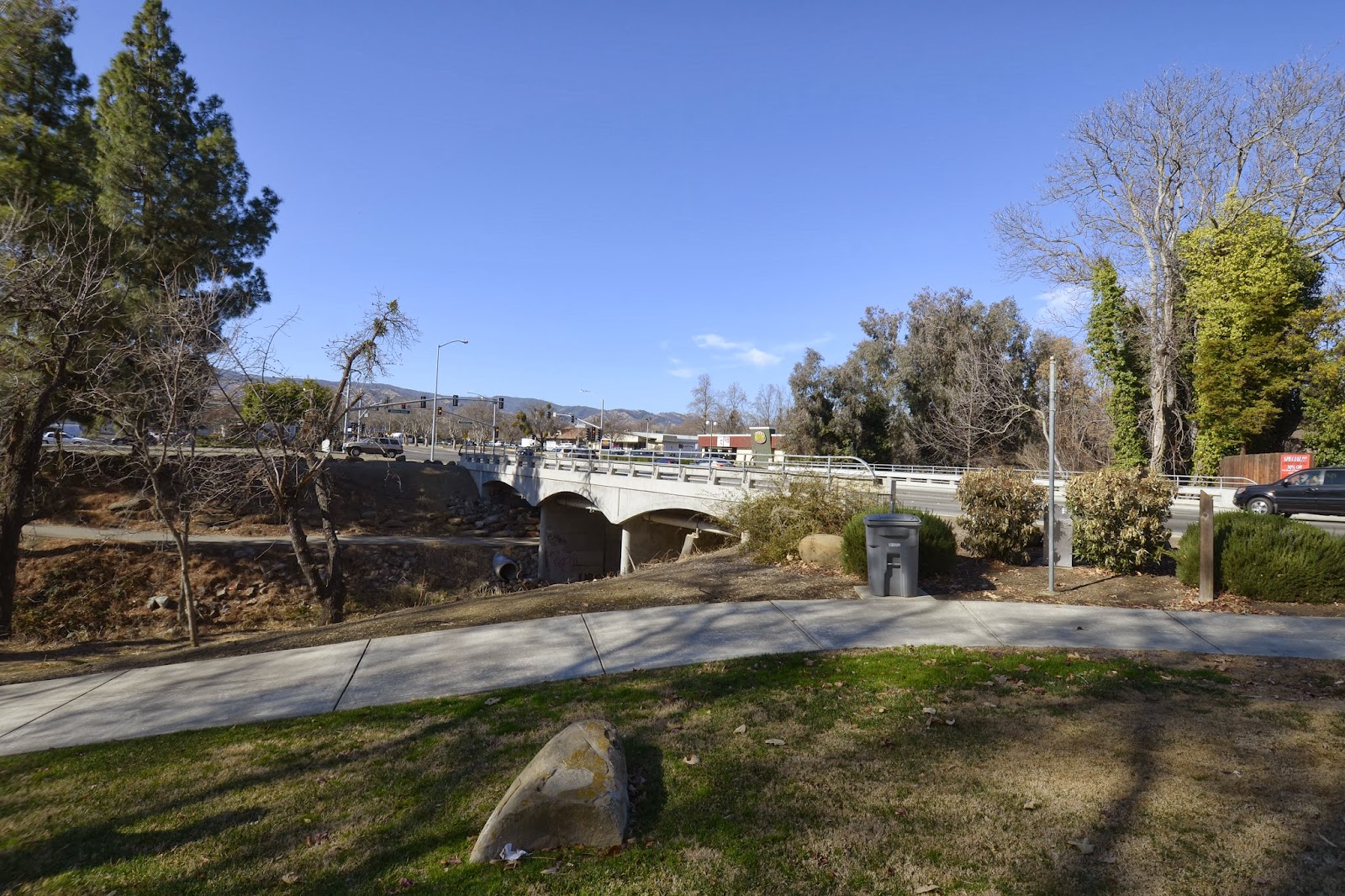 The Monte Vista Avenue Bridge (23C0046) turned out to be something of a disappointment. It appears to be an attractive three span haunched T girder bridge. It wasn't until I got closer that I realized that it was a very plain slab bridge with a facade added later to make it appear like a haunched girder bridge. 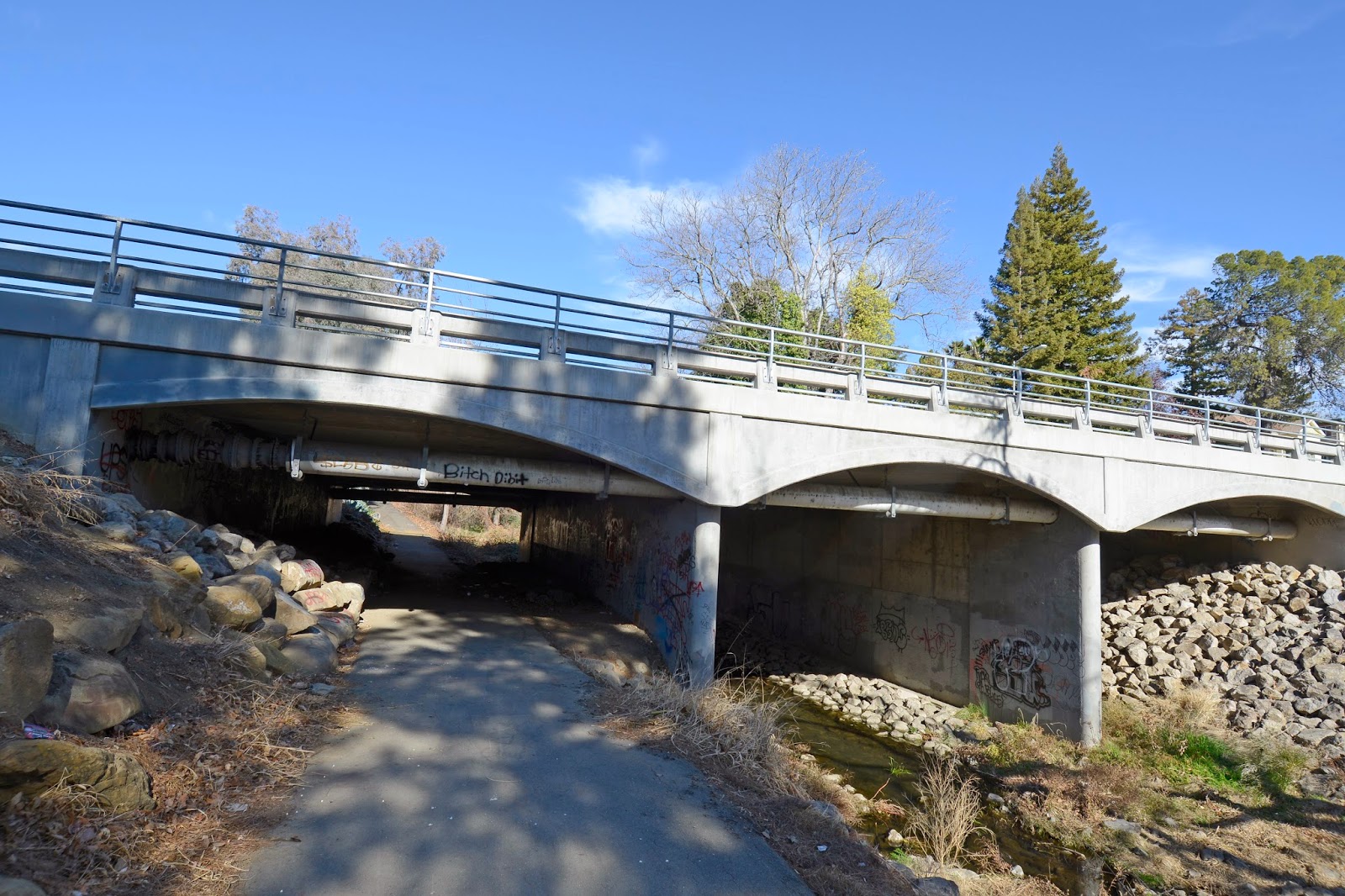 This bridge is a three span continuous concrete slab on pier walls that goes over Ulatis Creek. It was built in 1962 and 'improved' in 2008. It's 92 ft long with three 30 ft long spans and it's over 62 ft wide with four traffic lanes and sidewalks. 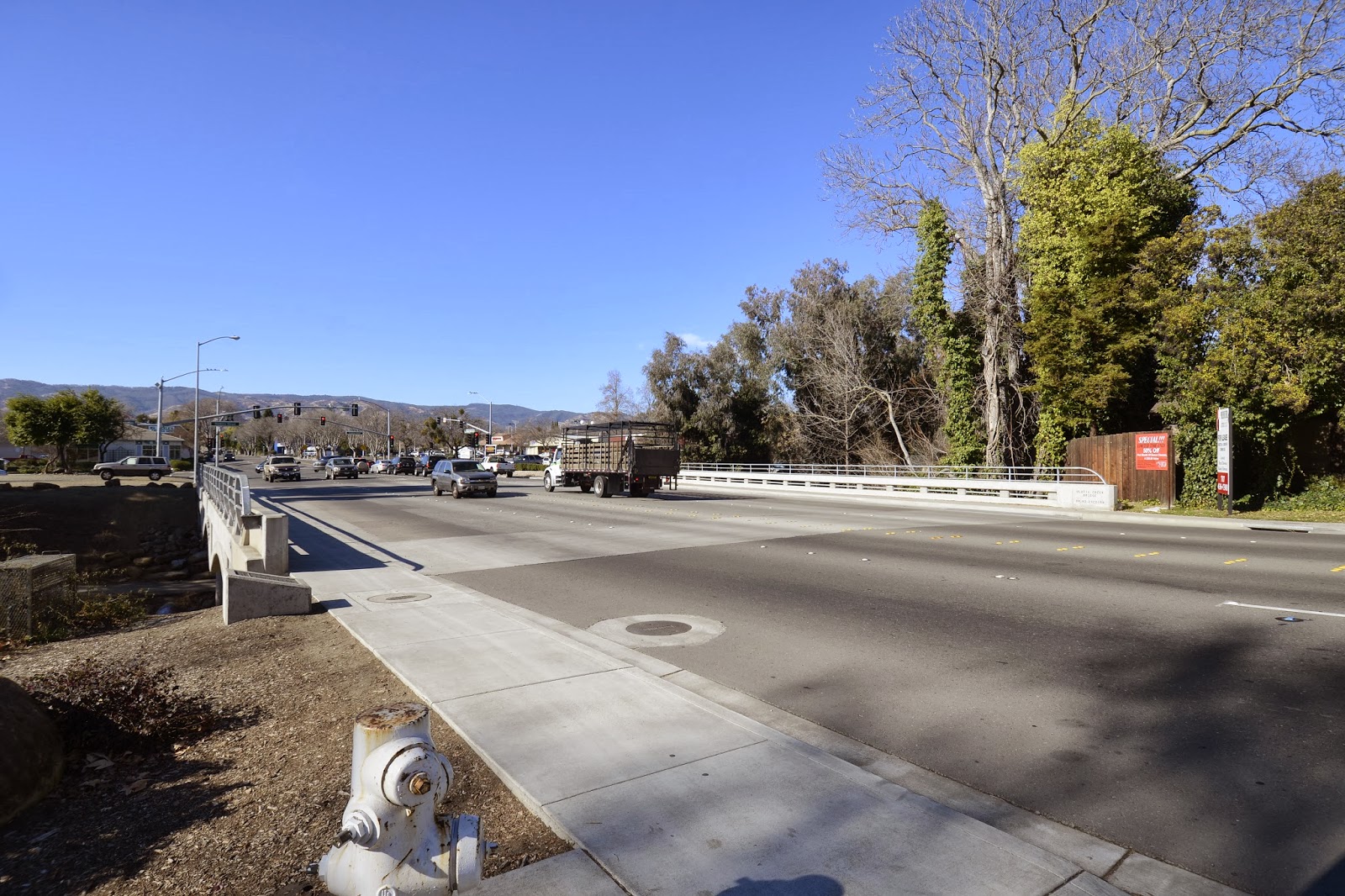 The bridge was built and owned by the city of Vacaville which was sufficiently proud of it to put a plaque in the ground at the end of the wing wall (shown above and below) that includes the names of everyone associate with building this bridge including the city attorney. 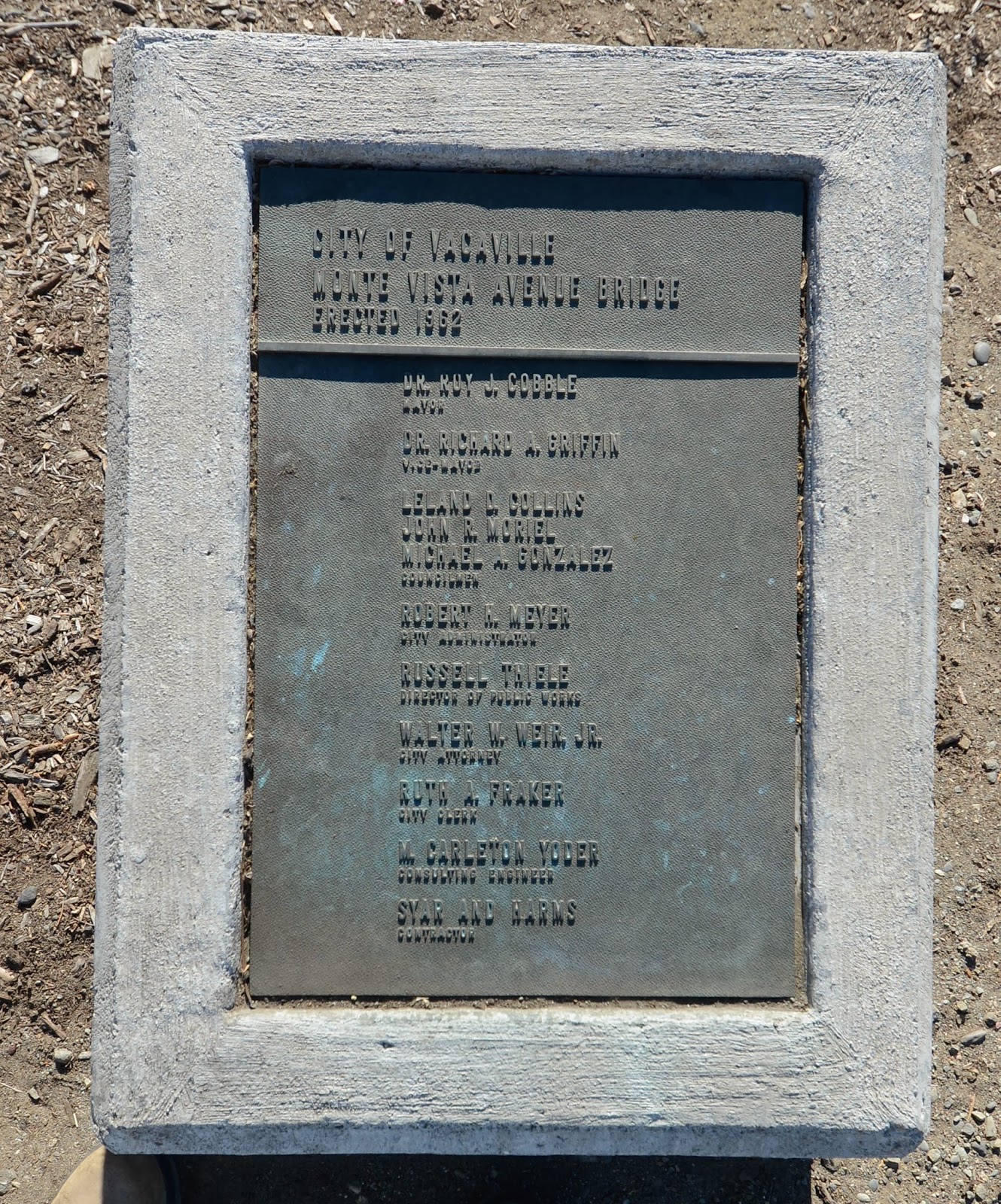 We'll look at more of the bridges in Andrews Park tomorrow.