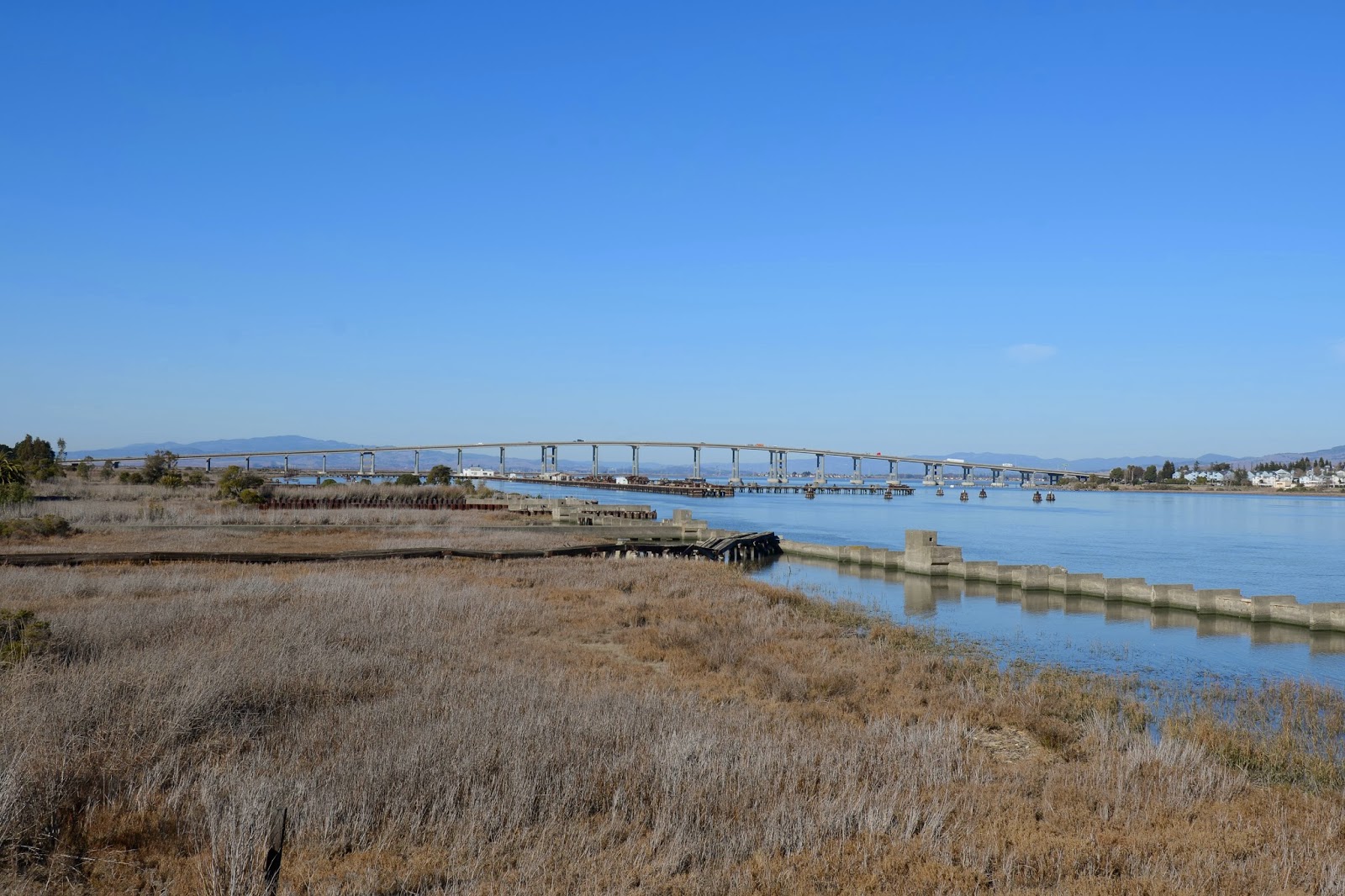 The State Route 37 Bridge across the Napa River is a 33 span precast girder bridge built in 1963. There are several distinctive features of this bridge, at least from my perspective. This is a very convenient alternative route into and out of the Bay Area when other roads are congested. Also, this is a very tall bridge that can be seen from many miles away. 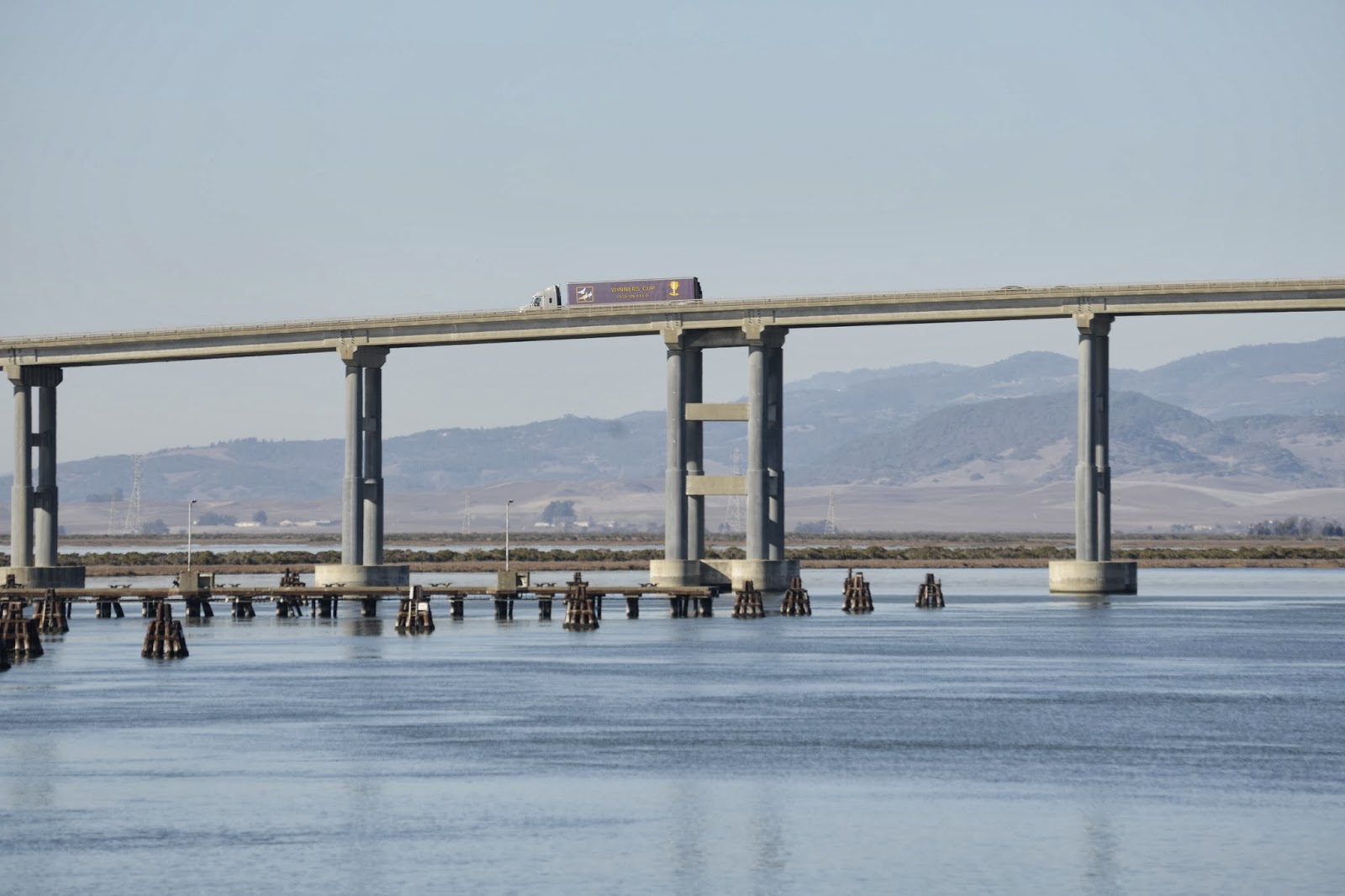 The bridge is made up of flexible two-column bents with occasional stiff four column bents in between that are meant to restrain the bridge from lateral movement. 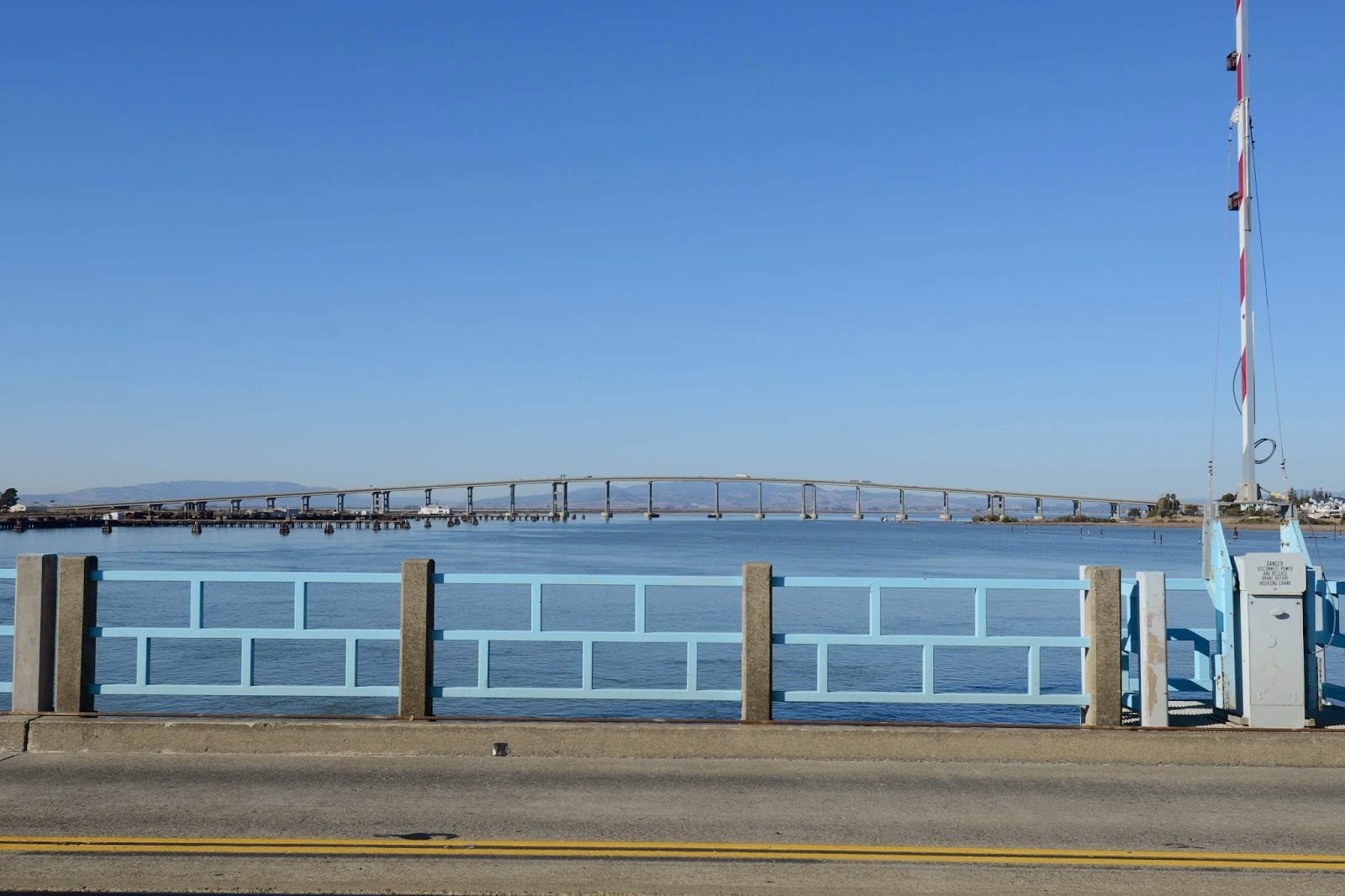 During the 1989 Loma Prieta Earthquake, the State Route 37 Bridge was the farthest bridge from the epicenter that had severe damage. Most of the girders had expansion joints but at eight locations they were tied together through the end diaphragms. However, there was not enough reinforcement to hold them together and they were pulled apart and almost fell off the bents. 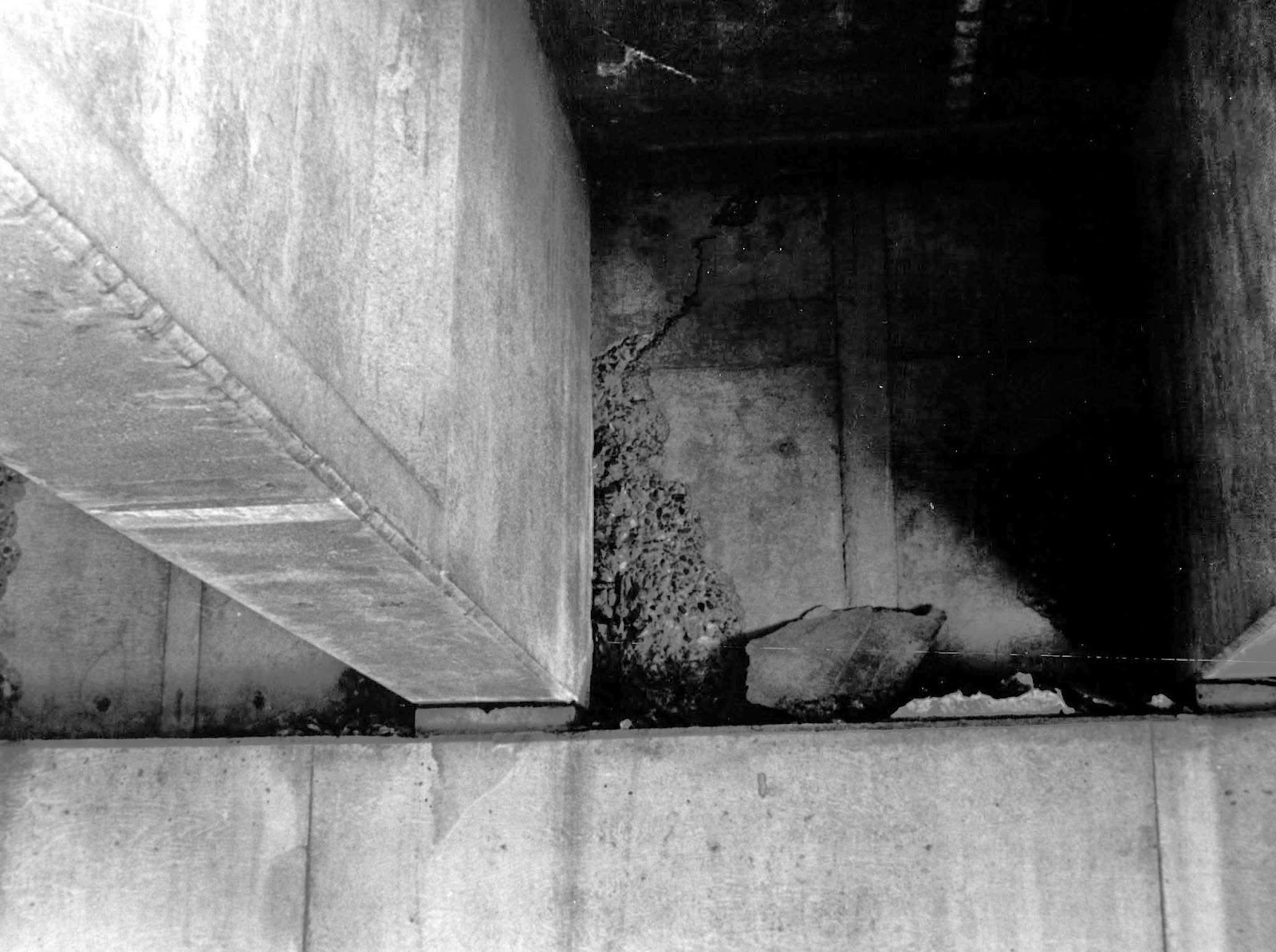 The girders at the expansion joints also had a great deal of movement (see photo below). After the earthquake, better continuity, better rebar splices, and better development lengths were required for seismic bridge design. 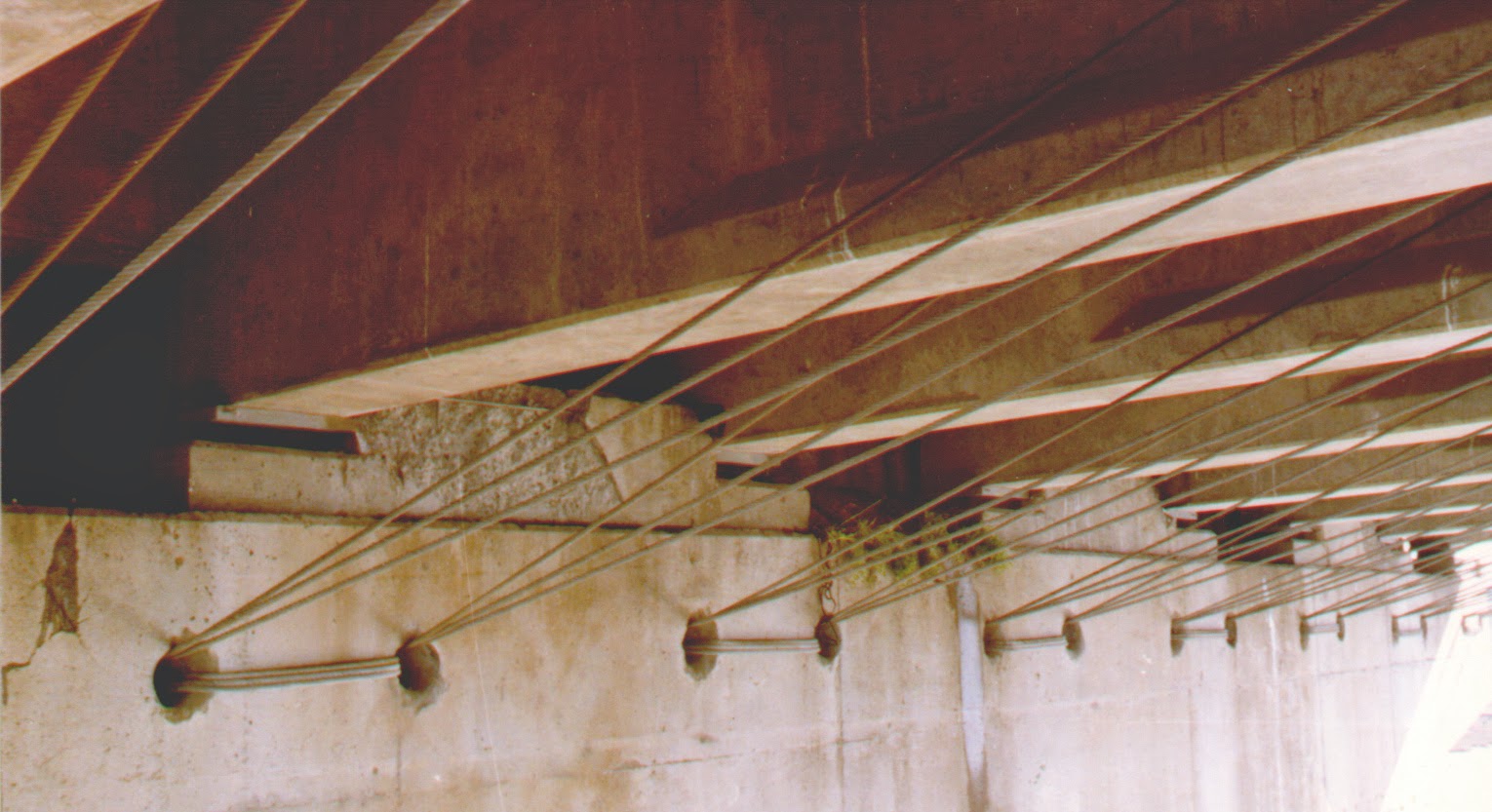 Use of precast girder bridges are being encouraged by the federal government as part of the emphasis on speeding up bridge construction. Caltrans is spending money on research to make these superstructures capacity-protected from the earthquake resistant system (usually column plastic hinges or isolators).

Solano County, California Bridge: State Route 37 Bridge across the Napa River by Mark Yashinsky is licensed under a Creative Commons Attribution-NonCommercial-NoDerivatives 4.0 International License.
Posted by Mark Yashinsky at 9:00 AM