Another thing I noticed while riding on the Jebediah Smith Auxiliary Bike Trail were several slab bridges with low vertical clearance that carried traffic over the bike trail and over the different creeks in Folsom. My feeling is that they were originally just for the creeks and they put the bike trail under the bridges later. You can see from the sign leaning against the abutment that they close the bike trail whenever the creek gets too high. 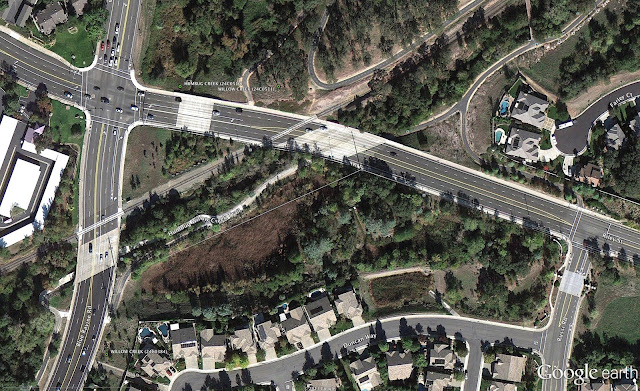 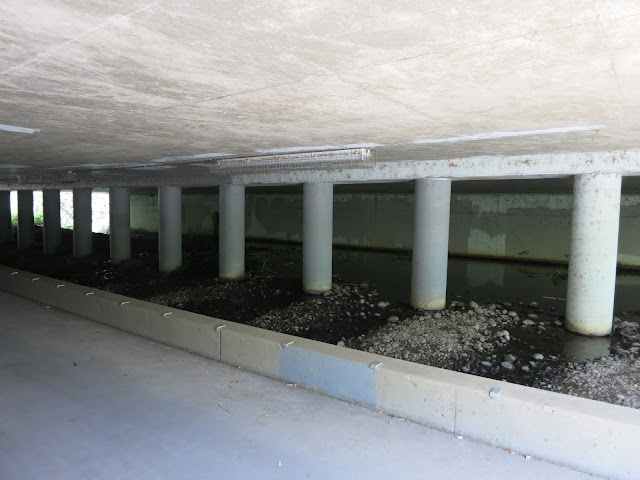