The artificial island of Gionnosucho was build just offshore from Kagoshima. It includes a baseball diamond, some apartments, and a Nissan dealership. There are four bridges connecting the island to the mainland (as seen in the Google earth photo below). Two highway bridges carry Route 10 on and off the island. There are also two footbridges, a modern tied arch bridge and the Tamaebashi stone arch, which we'll study tomorrow. 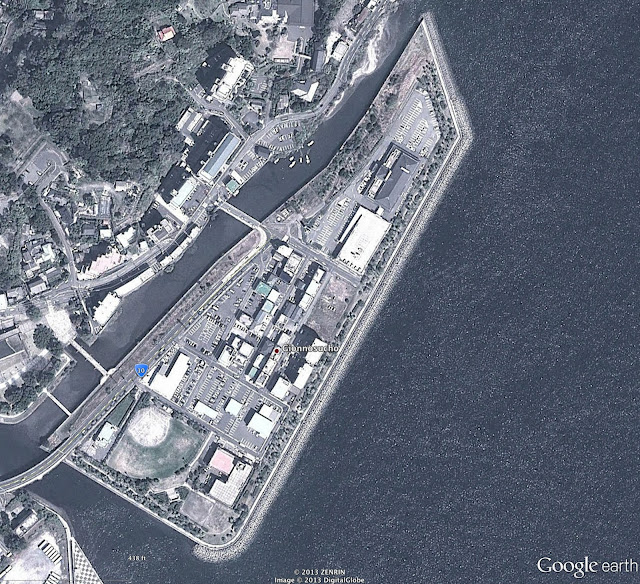 The Gionnosucho Footbridge is a 110 ft long tied arch structure composed of tubular steel arch ribs connected by cross-braces. Steel rods (with turnbuckles) hang from the arch ribs and support the deck on floor beams. Tubular steel railing is supported on the steel ties and have large square end posts. The superstructure rests on concrete abutments. The photos were taken in the late afternoon, which must have been low tide.