Just west of the Imarigawa is the Ishibashi Koen ((石橋記念公園) Bridge Park. This wonderful park was created after the Kotsukigawa was flooded in August of 1993, damaging several magnificent Edo era bridges. These bridges had been used for the Sankin-kōtai, 参勤交代 in the 19th century (which required the daimyo and his samurai to move to Edo (Tokyo) every other year to show their loyalty to the Shogunate.  King Louis XIV of France had a similar policy to keep the French nobility from plotting against him. There is a wonderful film by Roberto Rossellini showing how he kept the nobility in a state of infantile dependence in order to maintain stability. 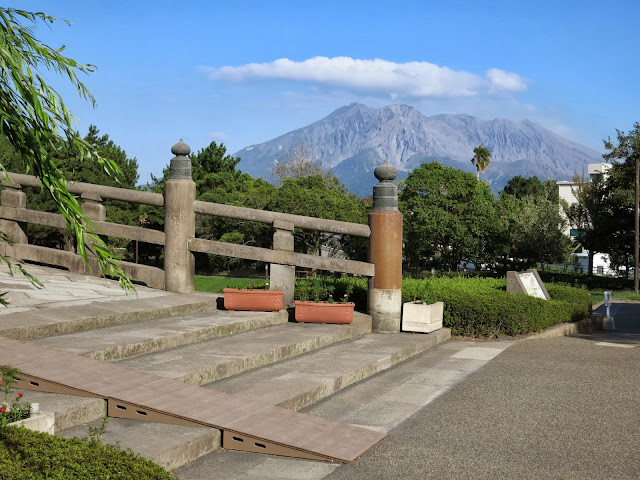 The three bridges with the least damage were moved to this park (at incredible labor and expense) to show future generations the wonderful skill of 19th century Japanese bridge builders. The museum has many exhibits showing the step by step process of how these bridges were constructed, how they were damaged, and how they were carefully moved and reassembled in the park. 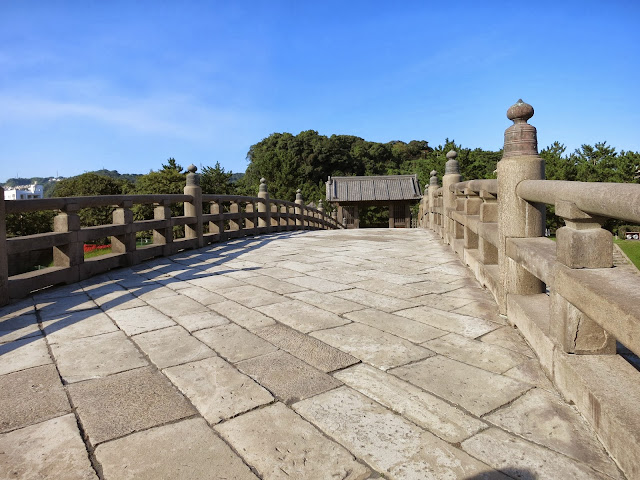 Today's bridge (the Nishidabashi) is the largest and most magnificent of the three bridges that were moved to the park. It is a four span closed spandrel arch bridge. built of perfectly cut stone and sitting on a carefully prepared timber foundation. 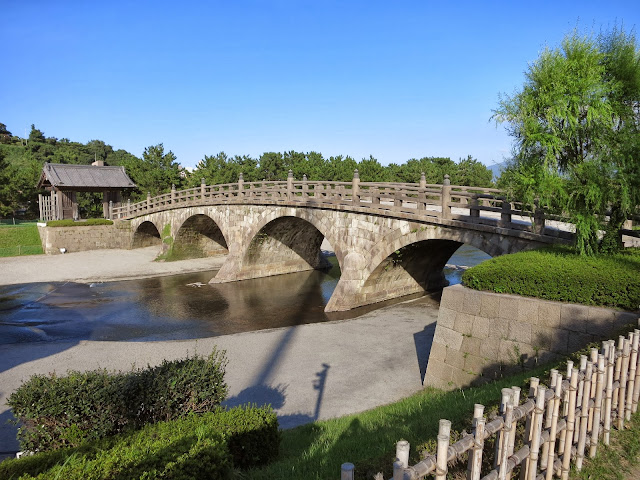 Nineteenth century Japan has to be understood in the context of the colonial impulses of the west, in particular of Great Britain. In fact, the site where the park sits was originally the site of the 'Gion-no-su' Gun Battery that fought the British during the Anglo-Satsuma War of 1863. Ironically, this battle ended without too many casualties and marked the beginning of a friendship between the British and the Satsuma who later fought together in the Boshin Civil War.

Kagoshima Prefecture, Japan's Bridges: 3: Nishidabashi in Ishibashi Park (1) by Mark Yashinsky is licensed under a Creative Commons Attribution-NonCommercial-NoDerivs 3.0 Unported License.
Posted by Mark Yashinsky at 9:00 AM