Niigata, Japan's Bridges: Rinko Yasaka Bridge across the U River (2)

Another view of the Rinko Yasaka Bridge. It looks like they were doing some work at the pier when we visited after the 2007 earthquake. They were probably repairing or replacing the bearings. 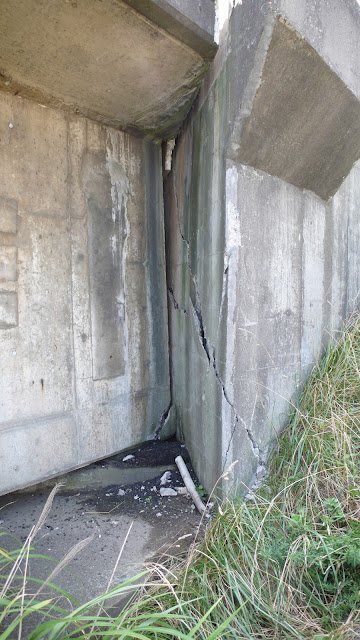 Lateral spreading of the river embankments and shaking of the bridge caused quite a bit of minor damage which was exacerbated by the sharp abutment angles of the skewed bridge. We'll take another look at this bridge tomorrow.

Niigata, Japan's Bridges: Rinko Yasaka Bridge across the U River (2) by Mark Yashinsky is licensed under a Creative Commons Attribution-NonCommercial-ShareAlike 3.0 United States License.
Posted by Mark Yashinsky at 8:30 AM