In the photo above we are standing on the point bar island of the meandering Sabaishi River looking southeast across the Heisei O'Hashi Bridge. The abutment is supported on piles and it's undamaged but the approach has settled due to liquefaction and lateral spreading. The expansion joint is between the abutment and the superstructure and so it remains undamaged. 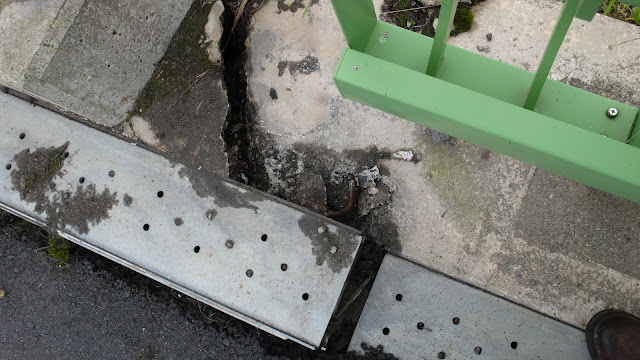 This is the best possible behavior from a bridge engineer's point of view. However, the bridge remained inaccessible until a road crew could rebuild the approach. Whether it's possible to design and build a connection between the road and the bridge that can remain in service following earthquakes has not been determined. Caltrans builds 30 ft long seismic approach slabs that should support traffic even if the ground beneath them fails, but they haven't been tested by a large earthquake. 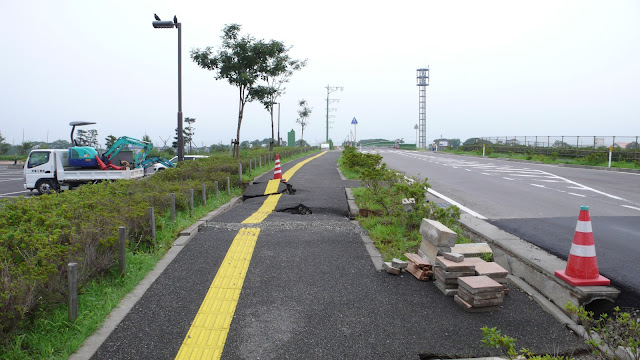 This island is made of un-compacted alluvial material that liquefied and the roadway had to be repaired before traffic could get to the bridge.

Niigata, Japan's Bridges: Heisei O'Hashi across the Sabaishi River (5) by Mark Yashinsky is licensed under a Creative Commons Attribution-NonCommercial-ShareAlike 3.0 United States License.
Posted by Mark Yashinsky at 9:00 AM