They were able to make the Hasaki Bridge continuous over several spans by extending the reinforcement at the ends of the precast girders and casting diaphragms at the bents (there's an expansion joint at the end of the third span). 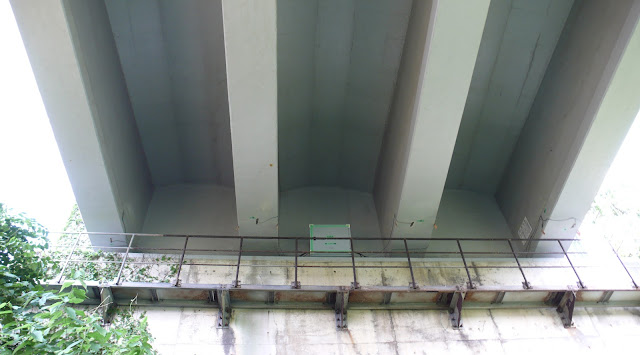 I wonder if the damage during the 2007 Kashiwazaki Earthquake was due to the increased mass of the continuous three span superstructure banging into the abutment backwall? Although the damage was just some cracks at the ends of the girders, it required considerable effort to repair. 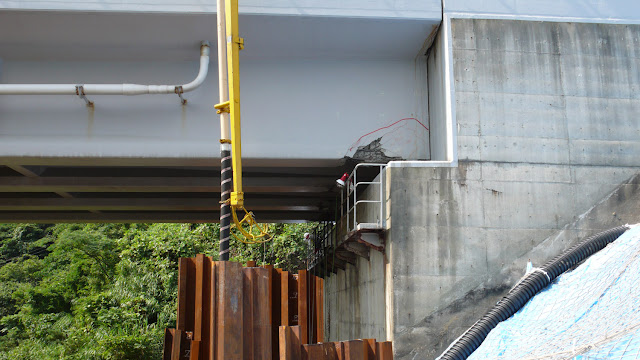 Niigata, Japan's Bridges; Hasaki Bridges on the Hokuriki Expressway (6) by Mark Yashinsky is licensed under a Creative Commons Attribution-NonCommercial-ShareAlike 3.0 United States License.
Posted by Mark Yashinsky at 10:42 AM